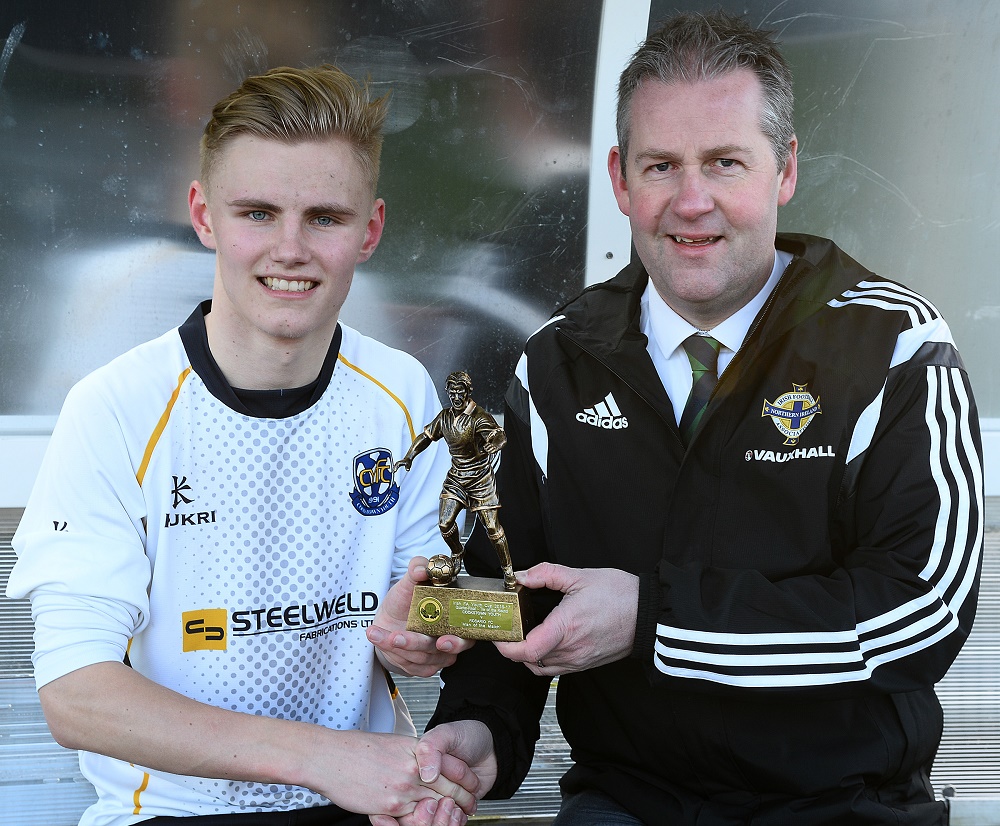 Cookstown Youth proved too strong for Rosario in the last eight of this season’s Harry Cavan Youth Cup.

The tie of the round sparked to life after just 45 seconds when Rosario found themselves a goal down after man of the match Mark Larmore scored with a great effort.

Rosario looked stunned and it got worse 90 seconds later when Cookstown doubled their lead with a well worked goal from James Kilpatrick.

Cookstown continued to push forward with Larmore leading the charge at the Mid-Ulster Sports Arena.

Rosario were continually under the cosh and the pressure again paid off on 23 minutes at the Cookstown venue when Rosario keeper Jake McLarnon's punched clearance from a shot dropped for Cookstown captain Keifer Scott and he slotted the ball home to make it 3-0.

Cookstown continued to dominate, however Rosario almost pulled one back in the 40th minute when a free-kick, delivered from 25 yards out wide on the right, flew narrowly past the post with Cookstown keeper Ben Young stranded.

Rosario also had a penalty appeal as the first half drew to a close, but the referee waved play on.

The Belfast side started the second half strongly, pinning Cookstown back into their own half.

Cookstown appeared content to soak up the pressure as the visitors continued to push forward.

And the home side kept Rosario at bay until the 80th minute when they were awarded a penalty for a red card offence, which Niall McNally converted to make it 3-1.

Rosario threw caution to the wind and almost got a second in the final minute when John McGeough got on the end of a high ball and nudged the ball past the onrushing Cookstown keeper only to see it go narrowly past the post.

In the end Cookstown Youth had done enough to secure their place in the semi-final of the competition.

Image: Maurice Johnston of the Irish FA Youth and Junior Committee presents Cookstown Youth’s Mark Larmore with the man of the match trophy.