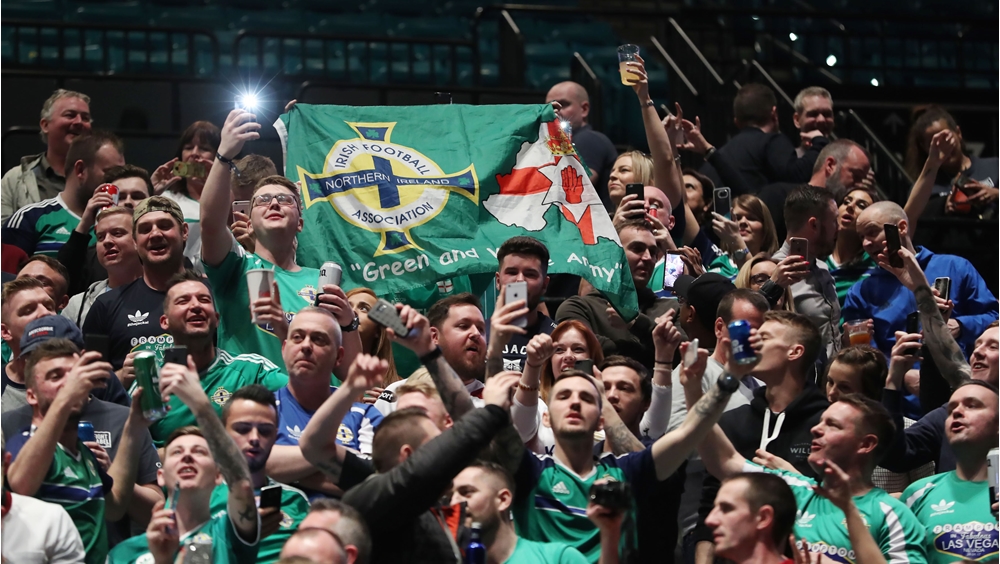 Las Vegas has turned into a sea of green as Northern Ireland fans flock to see Carl Frampton take on Leo Santa Cruz in the MGM Grand on Saturday night.

Many of the green and white army who followed Michael O’Neill and his squad to France for UEFA Euro 2016 have flown to Vegas to support the Belfast boxer in what can be described as the biggest fight of his life.

The MGM Grand was packed with followers for Friday weigh-in and formerWBC Bantamweight champion Wayne McCullough told us how important the support of the fans can be;

“They support you 100%, they’re loyal fans, I think they’re the most loyal fans in the world.

“When the fans are behind you, you hear the roar when you’re fighting.

“The east LA fans will be here supporting Santa Cruz and they will be pretty loud too, but they’re not going to be louder than the Northern Ireland fans.” 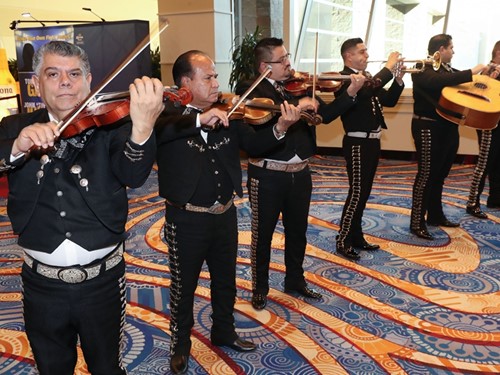 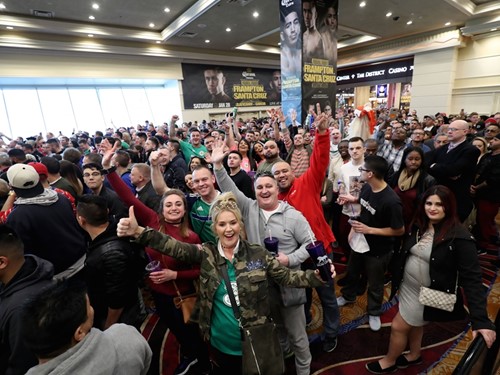 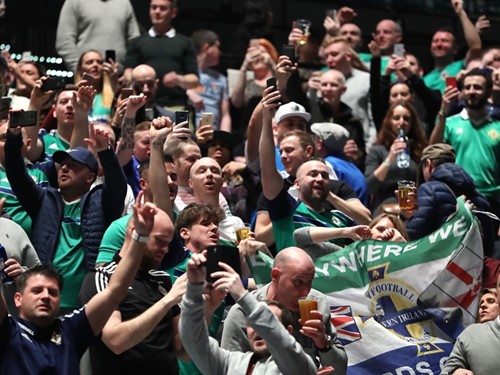 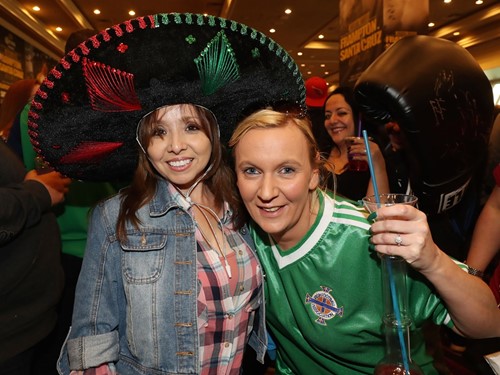