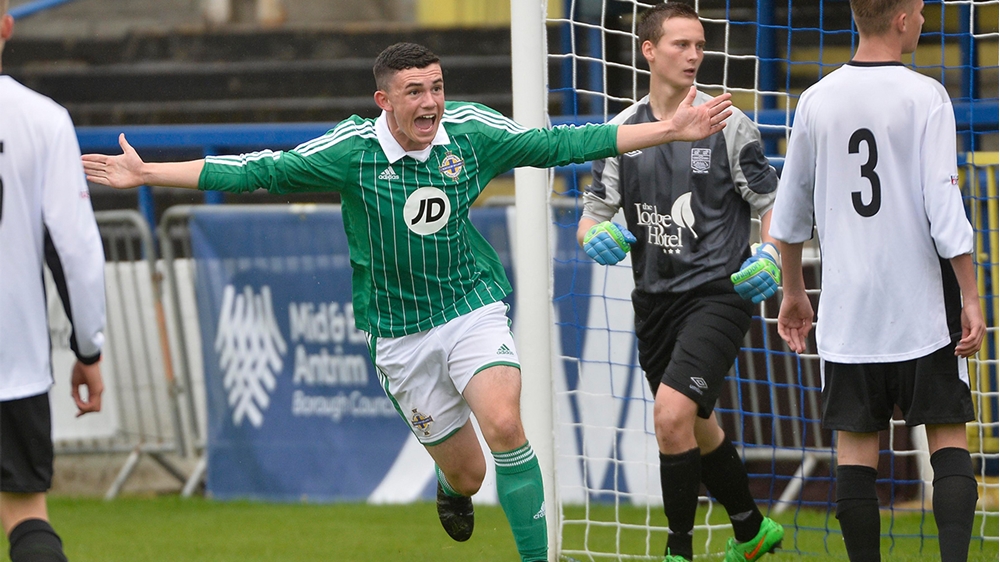 Members of JD Club NI, the Irish Football Association’s development programme for young elite players, will be taking to pitches across Europe over the next 12 months.

Their schedule for 2017 will see them participating in tournaments from Poland to Spain and Sweden to Germany.

First up, however, are four games relatively close to home – in Scotland.

Development days are being staged for the U12 and U13 squads in Glasgow on 21 January where they will come up against Rangers’ respective under-age teams. And the following day the Club NI U14 and U15 teams will face the Ibrox outfit’s young players in their respective age groups.

Looking further ahead, the 2001s (U16) will be taking part in the Liverpool Cup in April, while the 2002s (U15) have trips to the Netherlands (Rotterdam Cup), Austria, Estonia, Finland and Poland on their schedule.

The 2003s (U14), meanwhile, will be competing in tournaments in Spain (Mediterranean International Cup) and Sweden (Lennart Johansson Trophy) during the first six months of 2017 and the 2004s (U13) are also bound for those two countries this year.

A trip to Sardinia in June (Selis Cup) is part of the 2005s (U12) schedule as well as a tournament in Germany (Westend Cup) the previous month, while the youngest age group (2004s/U11s) will be participating in the Sligo Super Cup in April.

The 2003s will also be taking part in Northern Ireland’s Super Cup tournament in 2017 and a JD Club NI International Cup is in the pipeline for the 2004s at the end of August. Five of the age groups will be taking part in residentials in August, too.