U18 international game ends in a draw 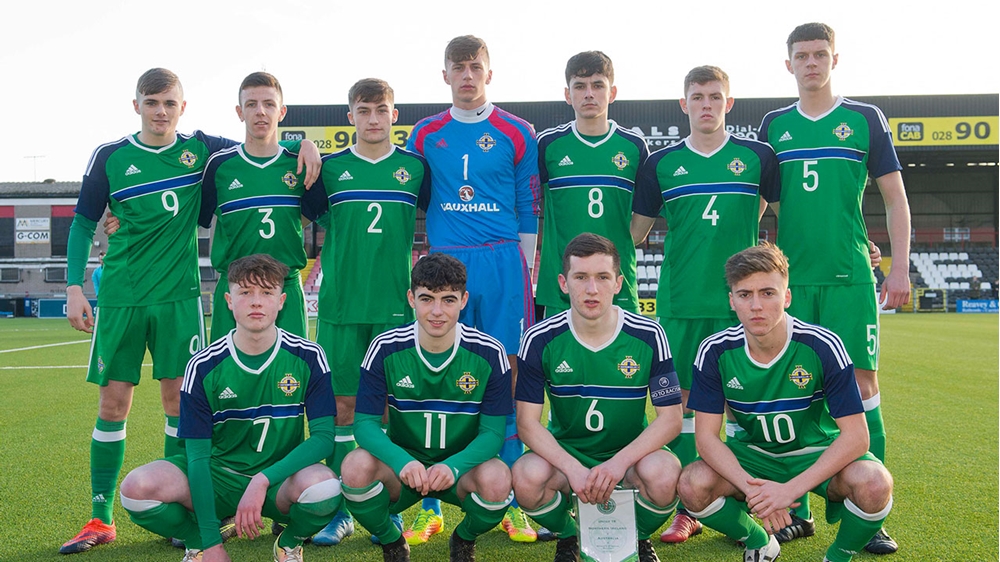 The Northern Ireland Under 18 Schoolboys began the year with a hard fought draw and a strong performance against Australia Schools.

Despite only being assembled over the past few months, the Northern Ireland team looked confident and assured in a positive performance against high calibre opposition at Seaview yesterday.

The home side controlled the early possession and were the first to threaten when Jack O’Mahoney found space on the right only to put his shot wide of the goal.

The next chance for Northern Ireland came shortly after when a well worked free kick found man of the match Niall Owens whose goalbound effort was blocked by a defender.

Northern Ireland continued to control possession and were nearly gifted the lead when the Australian keeper’s poor clearance found Bobby Burns unmarked. Without hesitation he struck a first time effort from 30 yards which whistled just wide of the nets.

The first goal of the game came against the run of play when Australia gained good possession, worked their way towards the Northern Ireland penalty area and scored with a low shot into the corner of the net which gave goalkeeper Declan Dunne no chance.

The Northern Ireland team regrouped well after the setback and continued to be the stronger side as half-time approached. Both Eamon Scannell and Caolan Coyle had efforts saved by the Australian keeper.

The second half started as bright as the first with Northern Ireland again controlling possession.

Niall Owens had an early chance when he cut in from the right only to see his effort saved by the keeper.

But the Northern Ireland equaliser came shortly after from the spot. It looked a harsh decision as an Australian defender was penalised for handball as the visitors’ defence tried to clear the ball from their penalty area.

Eamonn Scannell stepped up and made no mistake, sending the keeper the wrong way and placing the ball in the bottom left corner to make it 1-1.

Scannell was involved again shortly after. He powered down the left wing and drove the ball across the face of goal, however Bobby Burns couldn’t convert the chance.

As the game wore on both teams had chances to win it. Declan Dunne made a good save at the near post, while substitute Andrew Scott caused the Australian defence trouble when driving to the by-line, although he couldn’t find a team mate in the box.

Both teams’ substitutes made a difference to the game and it was Northern Ireland’s Daniel Reynolds who had the two best chances towards the end of the game. Firstly, a shot at the near post was saved and then he drove an effort over the bar after good work from Owens.

Australia had the final chance with an effort saved and gathered at the second attempt by substitute goalkeeper Conor Larkin.