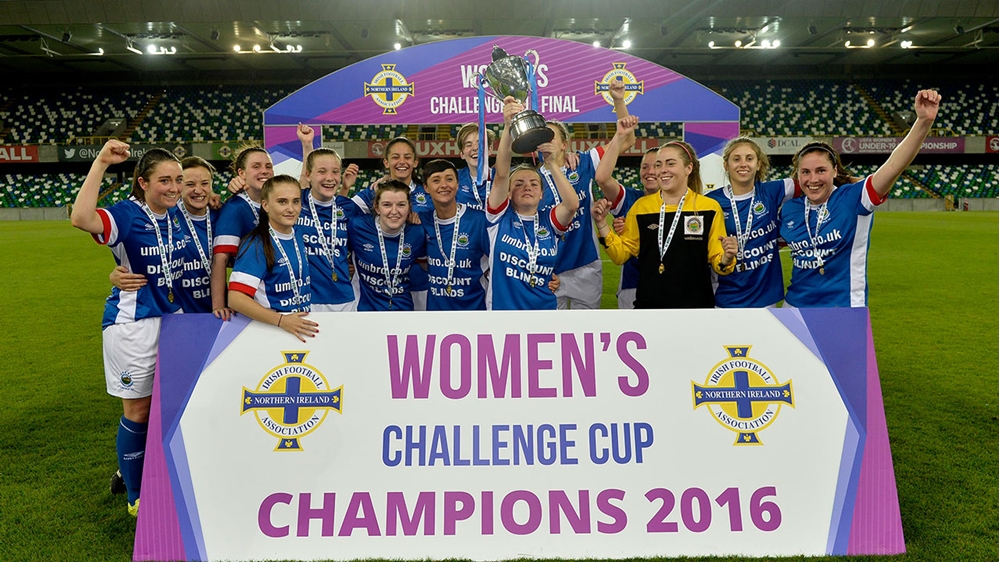 Holders Linfield Ladies will be among the favourites to lift this year’s Women’s Irish Challenge Cup.

Entries are now open for the competition, which delivered some excellent cup action in 2016.

Linfield Ladies, who defeated Cliftonville Ladies 2-1 in last year’s final back in September, are also the reigning league champions and they are expected to mount a strong challenge for both the league and Irish Cup again this year.

The Reds, winners of the Irish Cup in 2015, and Newry City Ladies, who defeated the Blues in last year’s League Cup final, will also be among the leading contenders along with Crusaders Strikers. Those three sides finished second, third and fourth respectively in the 2016 NIFL Women’s Premiership behind Linfield.

And their cup final opponents beat Carnmoney Ladies (8-1), Crusaders Strikers (2-1) and Derry City Ladies (6-0) to book their place at the showpiece game in the National Football Stadium at Windsor Park.

A first half goal from Northern Ireland winger Kirsty McGuinness and a goal deep in stoppage time from Abbie Magee were enough to secure the trophy for the Blues last term. Northern Ireland captain Marissa Callaghan scored Cliftonville’s goal in the final.

The entry fee for the 2017 competition is £20 and the closing date for entries is Tuesday 28 February.