NI international scores 20 goals in the US 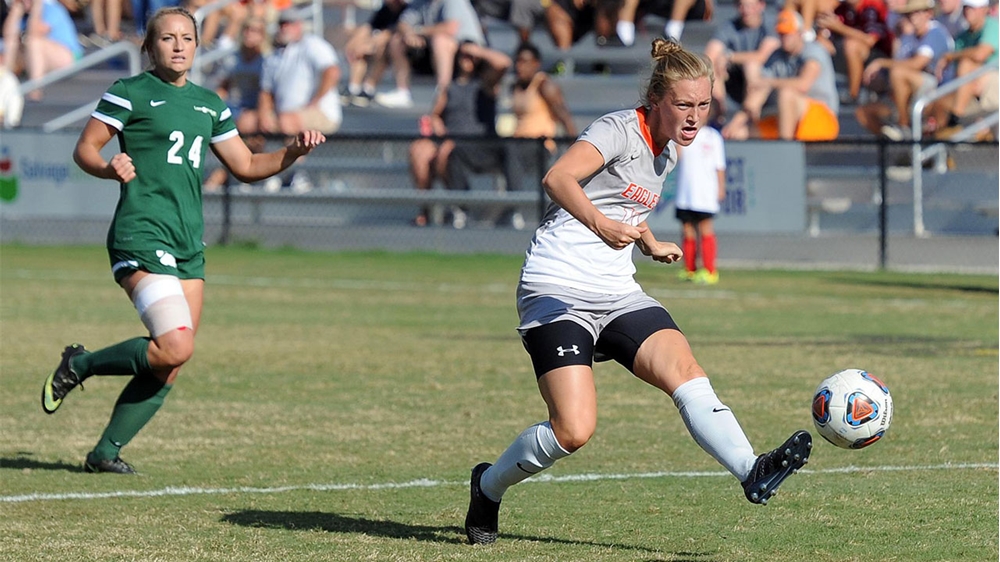 Northern Ireland international Lauren Wade is currently making a name for herself in the USA after a debut season to remember.

Wade, who is originally from Coleraine, used to play for Glentoran but is now playing football in the States with university side Carson-Newman.

The striker scored 20 goals in 17 games, creating 11 assists, as she was voted the South Atlantic Conference Player of the Year.

It was a sudden decision that led Wade across the pond to play and study - and she has Northern Ireland goalkeeper Jackie Burns to thank.

Lauren said: "Firstly my friend Jackie is there at the minute. She told the coach that I was interested in playing but at my age I didn't want to go back and study. But the coach mailed me, we chatted and I was on my way to America.

"I'm studying a Masters in Business Administration. It's only one day a week so I'm studying on a Monday evening for four hours, and I train every day."

Scoring goals is obviously the best feeling a striker can experience and so it comes as no surprise that Wade is loving life. She said: "Going to play football every day is one of the best things you can do. I thought that would sort of enhance my career and make me a better player.

"I'm really, really enjoying it. Just playing every day is one of the best things and I'm very blessed to play the sport I love every day."

Wade started in Northern Ireland Women's 1-0 win against Portugal last week and she believes playing in America also benefits her on the international stage.

Lauren also revealed she would love to make football her full-time career. She said: "I hope I can get a semi-pro or pro contract in America, or anywhere in the world, but the future is that I want to play football every day."