Trevor Carson to have shoulder surgery 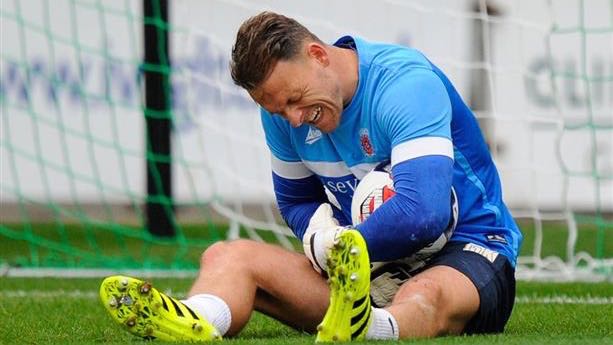 Northern Ireland goalkeeper Trevor Carson is likely to miss the rest of the season after being told he needs surgery on a shoulder injury.

The 28 year-old has been playing through the pain barrier in recent months at his club Harlepool United but the problem has not improved.

Expert medical advice delivered the verdict that an operation was the only solution.

“Trevor will have surgery two weeks today and could be out for up to six months afterwards,” explained club physio Ian Gallagher.

“It’s an exploratory operation where the surgeon will go in, find the damage and then repair what he sees but it’s very likely he will now be missing for the rest of the season.”

Carson was Hartlepool United’s player of the season last year.