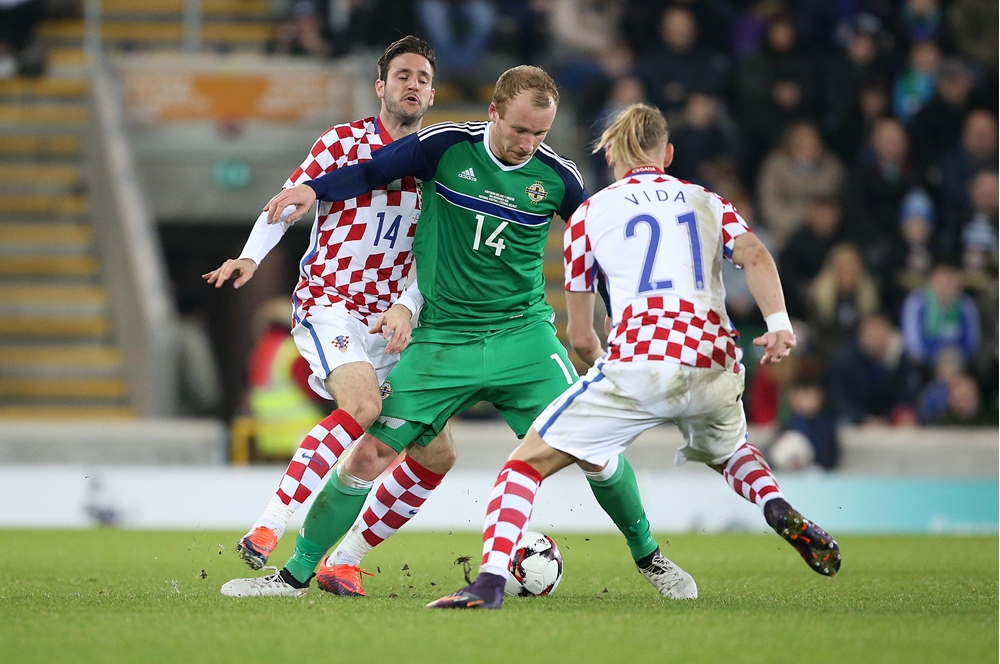 ROSS COUNTY striker Liam Boyce made it seven goals in eight games following his brace against Inverness Caledonian Thistle in the Highland derby at the weekend.

The former Cliftonville player, who scored twice in the first half to help County to a 3-2 home success, is now the Scottish Premiership’s top scorer this season with an impressive 13 goals in 22 games.

“I had a slow start to the season,” admitted the 25-year-old, who has eight international caps to his credit, “but the chances have started to come for me and thankfully I’ve been able to take them.

“I don’t worry about goals; I just try to focus on helping the team. I played wide left against Celtic and Jay McEveley helped me get through the game. I’m happy to play wherever the manager needs me."

With the Scottish League winter break looming Boyce admitted he is looking forward to a rest.

“Since I’ve been here, even in the summer I haven’t had much of a break as I’ve been involved with Northern Ireland so it’s nice to have a week off and recharge the batteries before we come back again.”

Meanwhile, in League Two, 19-year-old Ben Kennedy made it two in two games when he scored in Stevenage’s 4-2 home defeat to Colchester while Billy Kee clocked up his eight of the season when he scored the only goal in Accrington Stanley’s win at Crewe.

There was good news for international boss Michael O’Neill as Watford defender Craig Cathcart made his first appearance for the Hornets in the Premier League since 26 September following his recovery from a groin strain.

Unfortunately for Cathcart, Spurs managed to ruin his return when they recorded a very comfortable 4-1 victory at Vicarage Road.

Elsewhere in the Premier League, Steven Davis’ Southampton hosted West Brom who had Gareth McAuley, Jonny Evans and Chris Brunt in their line-up at St Mary’s on Saturday.

It was McAuley et al who left the South Coast with all three points though as the Baggies continued their impressive form this season with an unlikely 2-1 victory.

Finally, in League One Fleetwood Town’s Conor McLaughlin faced his brother Ryan as Oldham visited Highbury Stadium at the weekend making them the first set of British international siblings to face each other in a league game since Phil and Gary Neville 10 years ago.