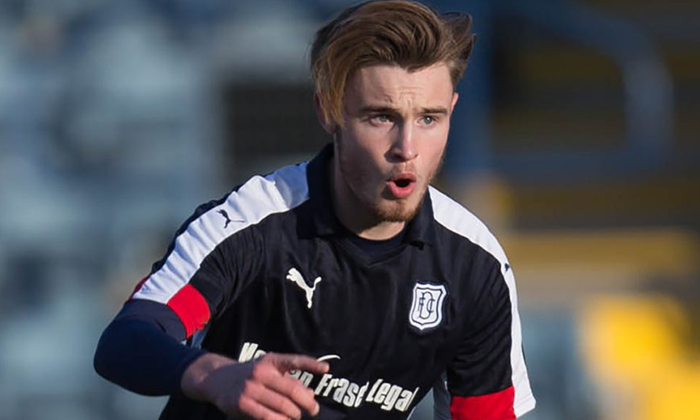 The 18-year-old defender joined Scottish Premiership outfit Dundee last summer following his release by Stevenage and has been a regular member of the under-20 team at Dens Park this season.

However, he felt the time was right to go out and gain some first team experience, hence the reason for his move to Arbroath.

“I’ve been playing for the under-20 side at Dundee every week but what I need now is to get first team football,” said the Fermanagh-born centre back.

“My contract is up at the end of the season and I really want to earn a new one and I feel playing regular football week in and week out in (Scottish) League Two will really help my development.”

Smyth was released by League Two Stevenage in May last year, a move which he admits came as a bit of a surprise.

He said: “I was captain of the youth team at Stevenage last season so when they told me I wasn’t going to get another contract it did come as a bit of a shock.

“However, I wanted to stay in full-time football rather than return home to the Irish League so when the opportunity to sign for Dundee arose I jumped at the chance."

“I’m really enjoying my football here in Scotland. It also helps that I’m sharing a flat with another lad from Northern Ireland, Conor Quigley, who is also out on loan at the minute with Stirling Albion," he added.

Smyth, who has been an unused substitute on three occasions for Dundee this term, looks set to make his debut for Arbroath this Saturday when they host top-of-the-table Forfar Athletic.