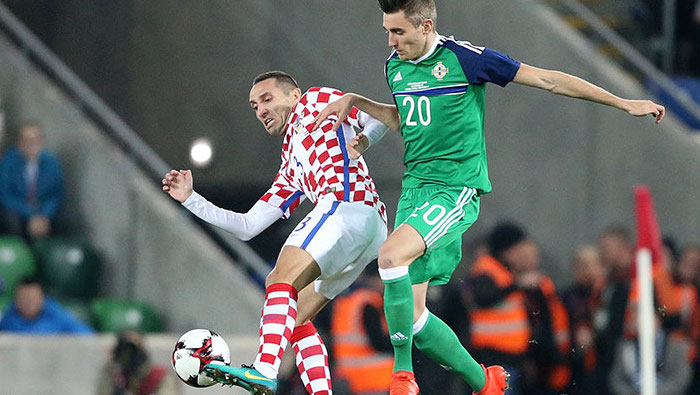 Rochdale's Northern Ireland midfielder Matthew Lund has been named Sky Bet League One Player of the Month for December.

The 26-year-old, who won his first full international cap in the friendly defeat against Croatia last November, capped a fine month when scored the first hat-trick of his career in a 3-2 victory over Northampton just before Christmas.

“It’s a great honour to be named as Player of the Month,” said Lund, who began his career as a trainee with Stoke City, “It’s always nice to win an award, but I think any one of the lads who played could have been picked because we’ve been excellent.

“We had an amazing December and the whole team was fantastic. We worked hard, we stuck together as a team and we were solid throughout the month.”

Sky Bet Football Trading Manager Paul Lowery said: “Lund isn’t known as a prolific scorer but the stars aligned for him on the 17th December when he completed a hat-trick at odds of 250/1.

“However, he wins this award for the work he has been doing as a box to box midfielder in Rochdale’s attacking system.

“Playing a crucial role in the heart of the midfield Lund has been instrumental in Rochdale’s rise up the table, expanding on the traditional holding midfielder role to become a more complete player who contributes in all phases.”

Manchester-born Lund, who has also won six caps for Northern Ireland at under-21 level, has scored seven goals in 24 games for the League One side this term.