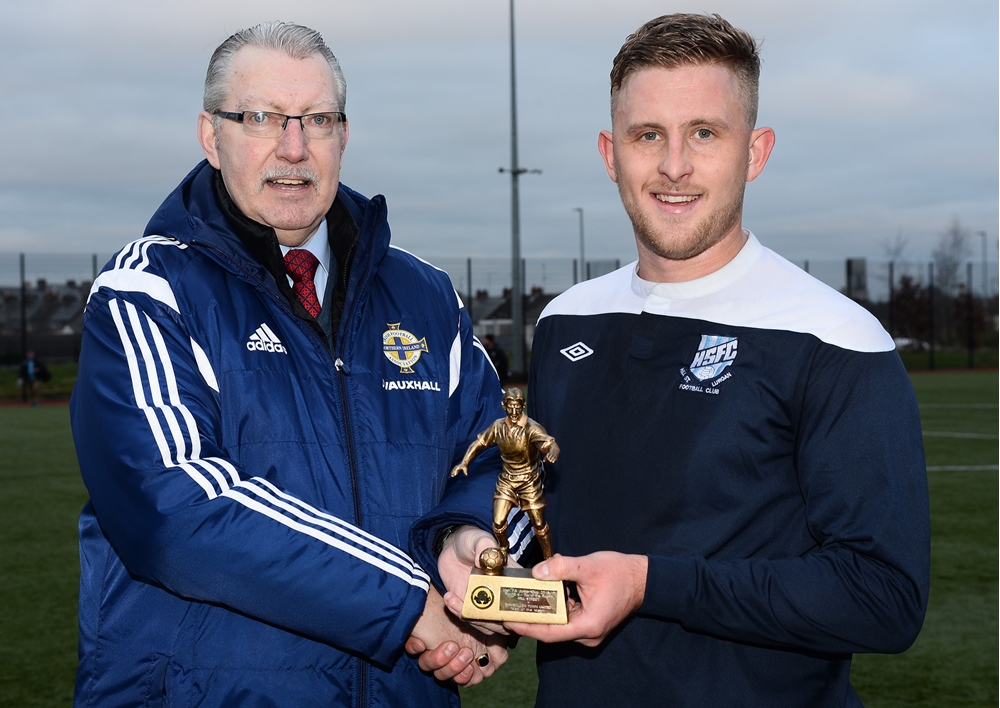 Hill Street came from a goal down to book their place in the last 16 of the IFA Junior Cup with a 2-1 home victory over Enniskillen Town United.

Both teams started with a spring in their step and, if anything, the visitors settled first.

It came as no surprise, then, when they seized the advantage after 14 minutes courtesy of Brendan Lilley's finish.

And the visitors might have doubled their lead eight minutes later when a low shot from Frank Wallace struck the base of an upright and rolled across the goalline before being cleared.

Then, before the break, Hill Street 'keeper Arron Kidd was called into action to save from point blank range.

Extra-time began to loom large as the game progressed but, with seven minutes remaining, Adam Carson - later named 'Man of the Match' found some space inside the box to turn the ball into the United net.

The visitors rallied in an attempt to stay in the competition and almost levelled in the final when Wallace directed a powerful header towards goal but, unfortunately for the striker, the ball was scooped off the line.