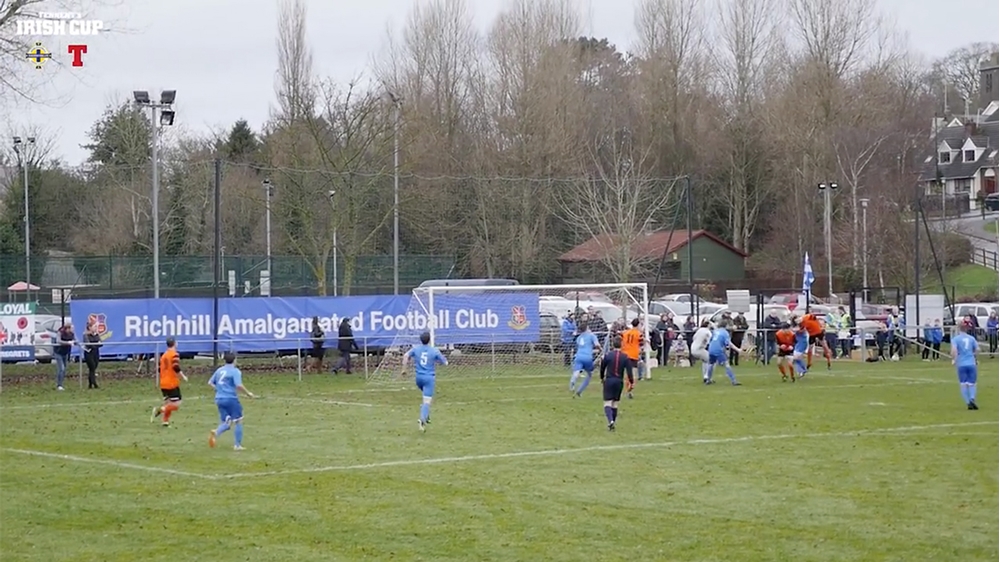 Dollingstown FC advanced to the sixth round of the Tennent's Irish Cup after a 4-1 win in the Mid Ulster League derby against Richhill AFC.

The Dollybirds have been rewarded for their victory with a trip to Danske Bank Premiership side Dungannon Swifts at Stagmore Park.

Two early goals set the tone for Dollingstown to lead at the break but a reply from Richhill soon after the restart made the tie tense. However, Dollingstown would seal their spot in the next round with two more goals including one in the dying seconds to claim victory in an end to end cup tie.

Near 500 fans watched on as two local sides battled to reach the coveted sixth round draw and Dollingstown Captain Aaron Moffet thanked all this in attendance and Richhill for putting on a special day for both clubs to remember.

He said: "It was a fantastic day all round. Credit must go to Richhill for putting on a brilliant day. there was a good crowd down, it was a good credit to Mid Ulster football for both teams but to get through is unbelievable."

Moffet netted the first goal early on in the first half and shared what it meant to score on a day that will go in the history books, he said: "I don't score that many so it was good to get my head on that one and give us an early lead. It stopped the crowd early on getting in to it and was brilliant to get a goal on such a big day for the club."