Defender reaches milestone with the Baggies 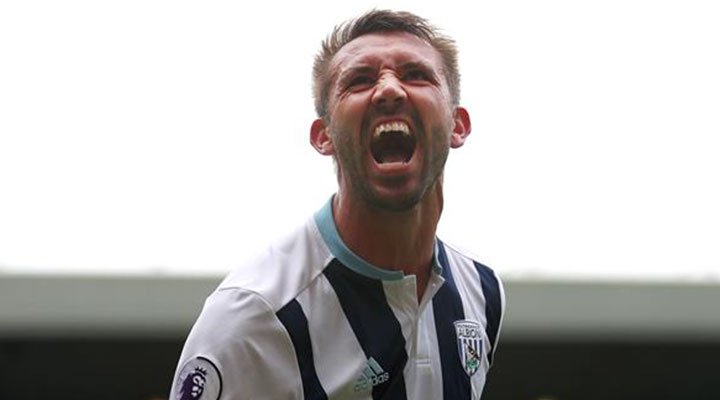 Gareth McAuley made his 200th first team appearance for West Brom in their 4-0 defeat to Tottenham Hotspur at White Hart Lane at the weekend.

Jonny Evans missed the trip to North London after he failed to recover from a calf injury with his manager Tony Pulis reluctant to state when the former Manchester United player will return to action.

“We were not expecting him to miss the Spurs game,” said Baggies boss Tony Pulis, “so we’re taking nothing for granted.

“It’s difficult to say when Jonny will return. It’s a different injury to his earlier problem but it is in the same area as his calf. We will just have to wait and see.”

Striker Josh Magennis is to undergo a scan to assess the extent of the ankle damage he sustained in Charlton Athletic’s scoreless draw with Millwall on Saturday.

The 25 year-old had to be stretchered off after just 13 minutes of the derby encounter at the Valley with Addicks boss Karl Robinson fearing the worst.

“It was a freak injury,” stated Robinson, “Josh jumped and rolled his ankle. It was already swelling through the sock by the time he (Charlton’s physio) went on to him."

“That doesn’t show a great healing process if it is already swelling,” he added, “we hope it isn’t as bad as first thought, but we’ll see.”

However, Magennis seemed to alleviate fears over the weekend about the seriousness of the injury when he tweeted: “Not as bad as first seemed. Scan tomorrow to make sure, then go from there. Thanks for all the well wishes.”

In League Two Carl Winchester, who moved to Cheltenham from Oldham last week, had a winning debut as the Robins eased their relegation worries following a 3-0 home success over fellow strugglers Accrington Stanley.

“Carl had a really good debut for us,” said Town manager Gary Johnson.

“We had to get players in who would cover a lot of ground for us and give us more energy and Carl gave us all that against Accrington.”

Also missing out because of injury at the weekend were Southampton midfielder Steven Davis, who picked up a knock in the midweek League Cup semi-final win over Liverpool, and Blackburn’s Corry Evans, who was still suffering from a groin strain.