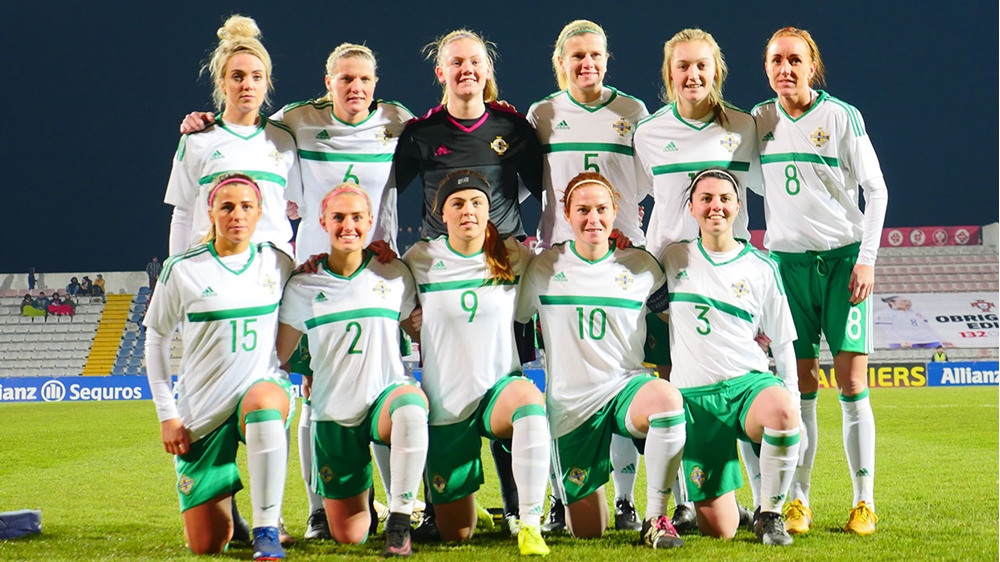 The captain was found with a pinpoint cross by Avilla Bergin and coolly finished to ensure they wouldn’t leave Portugal empty handed after their two friendlies.

It was another textbook defensive display but this time it was punctuated with efficient counter attacking. Portugal were unable to stretch Wylie’s side and Northern Ireland pounced at the right time to take the lead and ultimately claim the victory.

The head coach made three changes from the side that lost last time out with Lauren Wade, Ciara Sherwood and Bergin replacing Kirsty McGuinness, Laura Rafferty and Caragh Milligan.

After losing the previous game 1-0, the Northern Ireland Women began with more of an attacking intent. Callaghan raced up the pitch in the opening stages but was unable to create an opening.

Portugal also pushed forward and could have gone in front as early as the 4th minute, but Northern Ireland goalkeeper Jackie Burns pulled off a point blank save and was then quickly called into action again to stop an Andreia Norton effort.

Northern Ireland’s first chance came in the 19th minute with Kerry Montgomery lashing a shot over from just outside the area.

Both sides were patient in waiting for an opportunity to pounce but it was stalemate at half-time.

Portugal captain Claudia Neto upped the tempo for the hosts. She latched onto the ball following a defensive mix-up but Burns saved her effort down low.

Neto went close again a few minutes later when her free-kick from the edge of the area just drifted wide.

Then it was jubilation for Northern Ireland. Montgomery picked up the ball in midfield and played in Bergin who crossed for Callaghan who coolly slotted the ball past the Portuguese keeper into the bottom corner.

Northern Ireland did not rest on their laurels and Wylie introduced three forwards to the fray. Portugal pressed but the visitors always looked capable of launching a counter attack, especially with substitute striker Lauren Brennan chasing any loose ball.

Jessica Foy and Ashley Hutton both put in brave tackles to keep the hosts at bay in the closing stages.

And then the final whistle blew. The result was met with much glee and you could see how much it meant to the players and coaches. It was a superb away win against a top side. 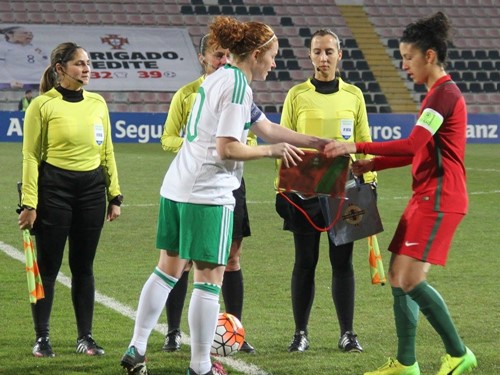 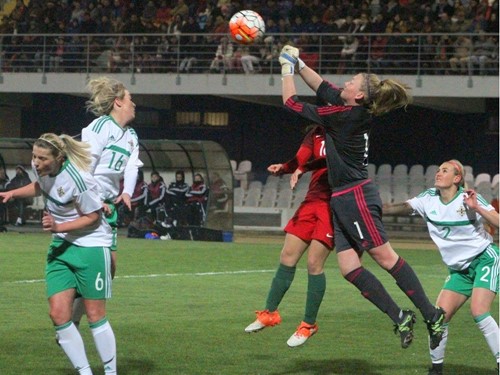 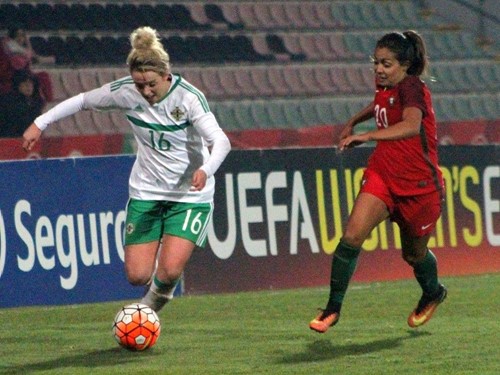 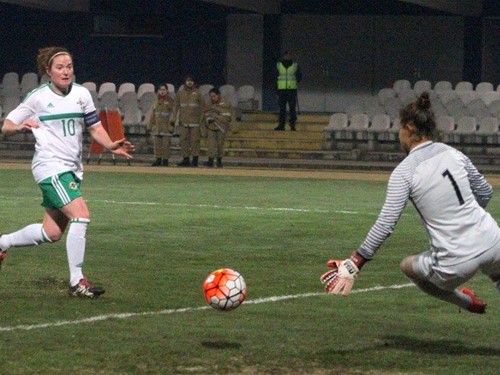 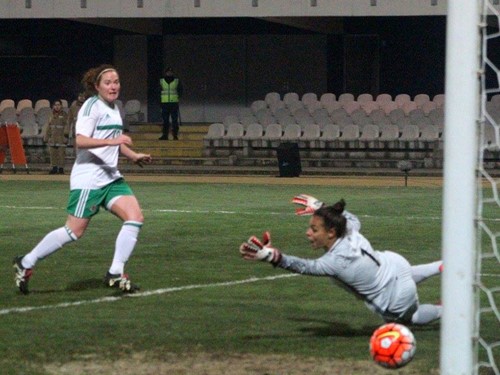 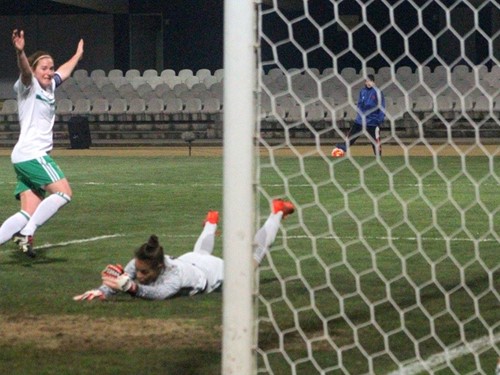 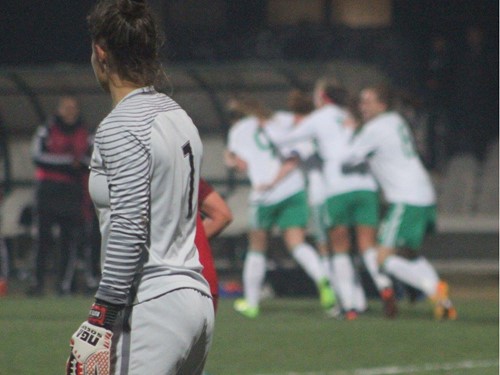 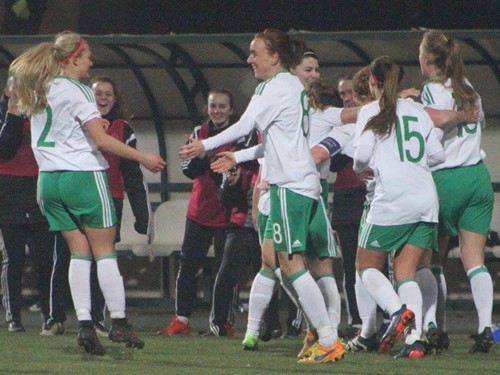 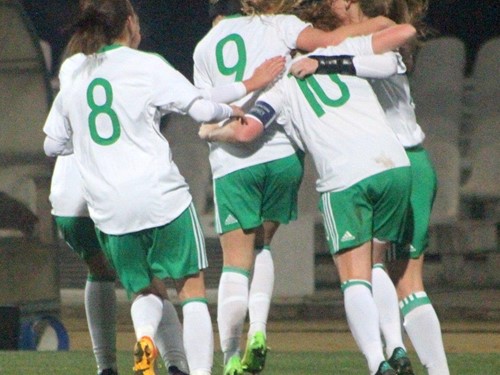 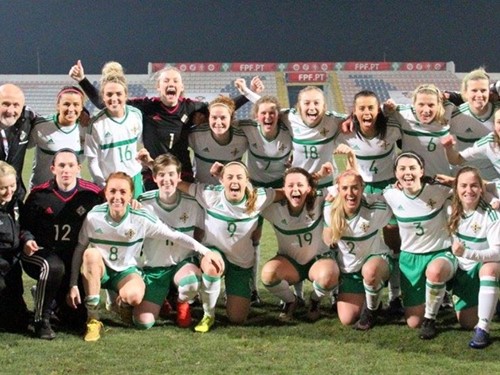 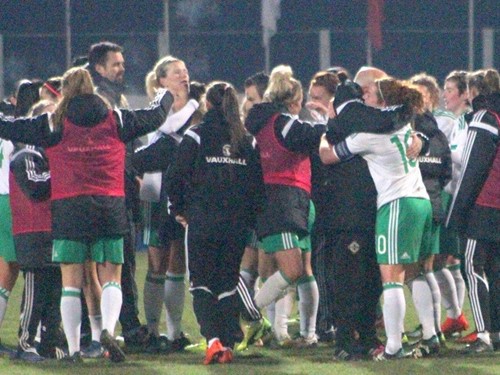