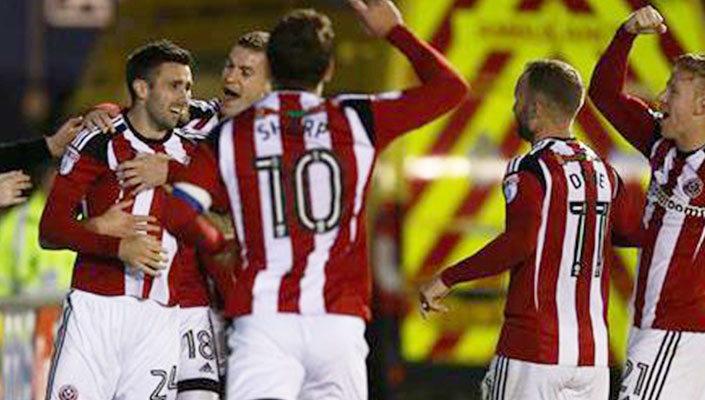 Northern Ireland defender Daniel Lafferty has made his move to Sheffield United permanent after signing a two-and-a-half year contract with the Yorkshire outfit.

The 27-year-old joined the Blades on a season-long loan from Burnley back in August, but his performances for the League One side this term convinced manager Chris Wilder to secure his signature on a long term deal for an undisclosed fee.

“He has only had one defeat in the 22 games he has been involved in,” said Wilder, whose side are currently four points clear at the top of League One. “Danny has great experience at a good age, played at a proper football club with a proper manager (Sean Dyche at Burnley), and we are delighted that he has joined us for the next two and half years.

“He has played at the top end of the Championship and for his country - the deal is a good deal for us. He wanted to come and play football.”

Lafferty signed for Burnley back in January 2012 when then boss Eddie Howe snapped him up from Derry City for a bargain fee of just £150,000.

He made 45 first team appearances for the Turf Moor side and had loan spells with both Rotherham United and Oldham before moving to Bramall Lane in the summer.

Lafferty has 13 international caps, all of them under Michael O’Neill, with his last appearance for his country coming in the 1-1 draw with Wales in March last year.