Under-17 Women face Scotland in double header this weekend 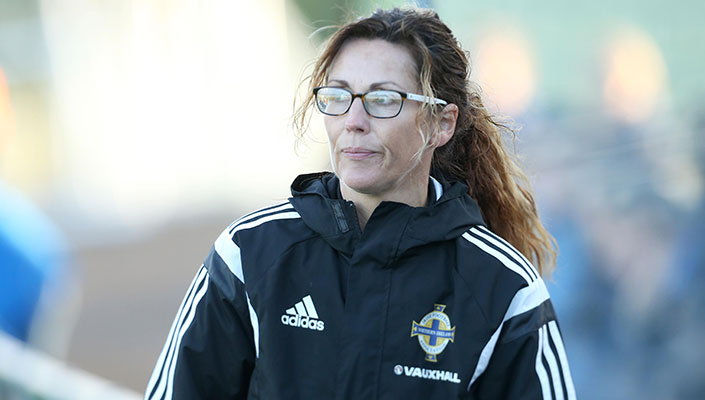 Alison Nicholl’s side face tough opposition when they welcome a strong Scotland side for fixtures on Sunday and Tuesday.

The young Northern Ireland team didn’t reach the upcoming Elite Round of the U-17 Championships but will be looking to provide a tough test for Scotland who are using the fixtures as preparation for themselves.

This will be the first time Nicholl’s team has played since their October qualifiers in Skopje against Bosnia & Herzegovina, Austria and hosts Macedonia who they recorded a convincing 4-0 win over to finish third in the group.

Looking ahead to the upcoming matches, Nicholl wants her team to step up to the challenge.

She said, “We have a few younger players from our 2001’s and 2002’s who will get a chance in these fixtures against a more experienced Scotland side.

“We know Scotland well, their senior team have qualified for this year’s finals and we know to expect a tough couple of matches.”

Nicholl is planning to use these fixtures to give some younger players the chance to experience playing at a higher level, calling up players from the U-15 development squad.

“We haven’t qualified for the Elite Round of this campaign, so we are looking at this as preparation for our qualifiers in September.”

The side will face Austria, Georgia and hosts Portugal in the qualifying stages of the UEFA Women’s Under-17 Championship commencing on the 25th September. 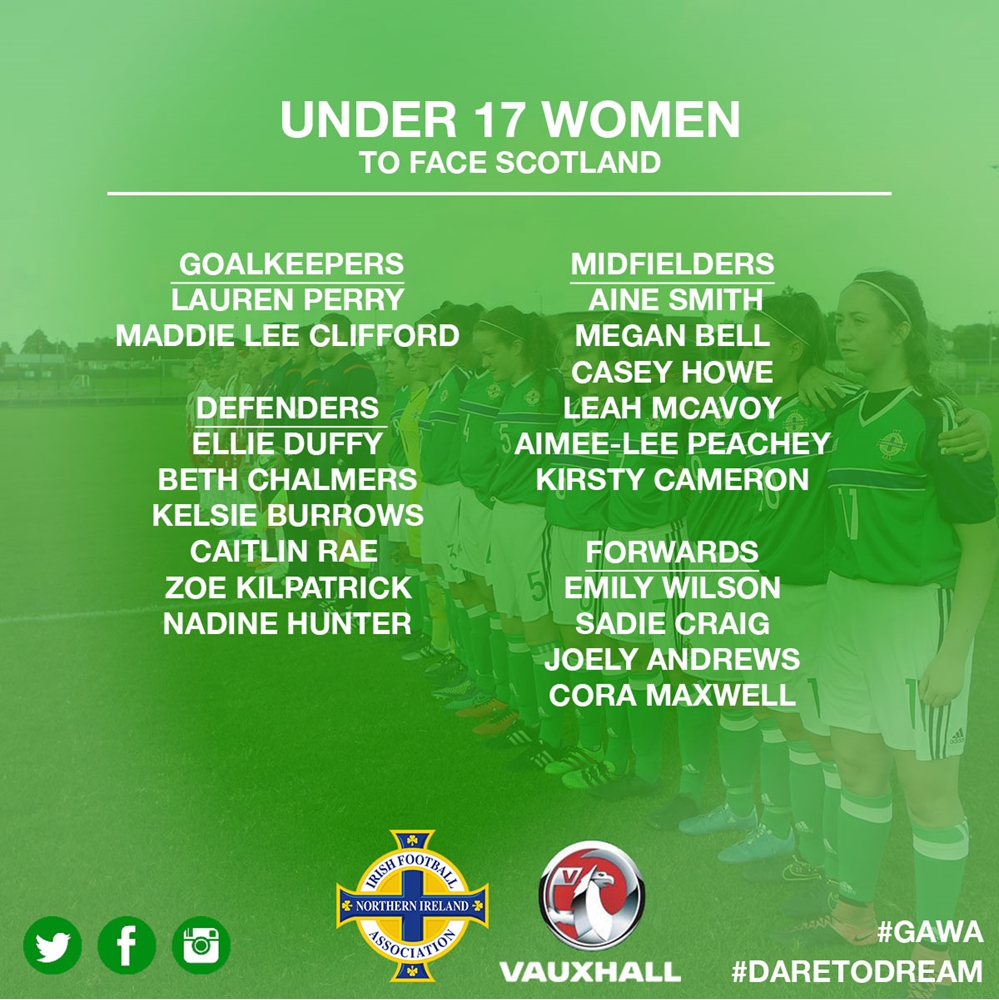