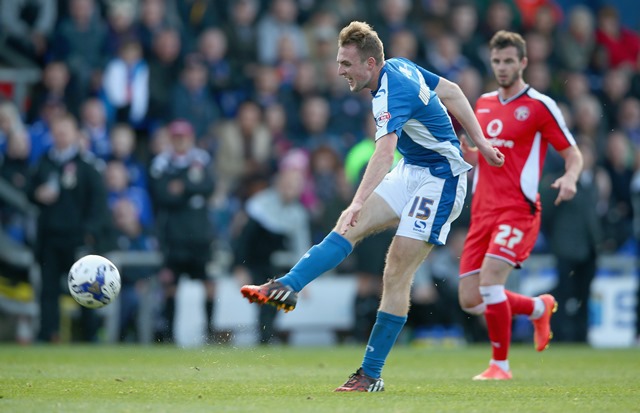 The 23-year-old, who made 140 appearances for Oldham scoring eight goals, was the longest serving player at Boundary Park but this season he has struggled to hold down a regular first team place.

“Carl has been on our radar for a little while now,” said Cheltenham manager Gary Johnson. “Although he was always involved in the squads at Oldham he was never a regular in the side.

“I’m really pleased to have signed him as he is an experienced player, though he is young in years.

“I feel he needs the opportunity of regular first team football to show what a quality footballer he is,” added Johnson. “I’m confident we will see the best of him here and when we do people will realise we have made a very good addition to the squad.”

Winchester’s only full international cap to date came under previous manager Nigel Worthington when he came on as a substitute in the 2-0 defeat to Wales in the Carling Nations Cup back in May 2011.

He was last named in a Northern Ireland squad when current boss Michael O’Neill called him up as a late injury replacement for the Euro 2016 qualifier in Romania in November 2014.

The former Linfield youngster looks set to make his debut for the Robins in their League Two contest at home to Accrington Stanley on Saturday.