Striker out for between four to six weeks 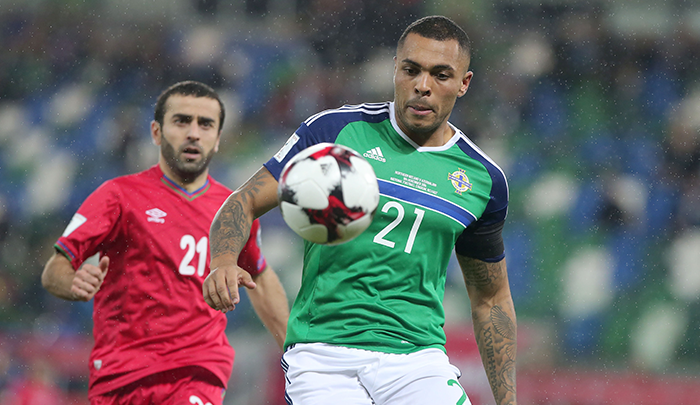 Charlton Athletic manager Karl Robinson has revealed Josh Magennis’ ankle injury is not as serious as first feared after the striker was forced to leave the field just 13 minutes into last weekend’s draw with Millwall.

“He’s been for a number of scans,” confirmed Robinson. “What we did note from the first x-ray was that he’s had a plate in there from a previous injury so there was an awful lot of interference in the x-ray because of the metal he already had around his ankle

“Thankfully though it’s not as bad as we first thought, but we’re looking at a minimum of four weeks but it could be six, seven…

“It’s one of those ones where we need to see the swelling settle down first, so right now we’re still unclear.”

Magennis, who joined the Addicks last August from Scottish Premiership side Kilmarnock, has scored eight goals in 26 appearances this season including a first ever hat-trick in a 4-1 win over Bristol Rovers earlier this month.