Captain reflects on her winner in 1-0 victory 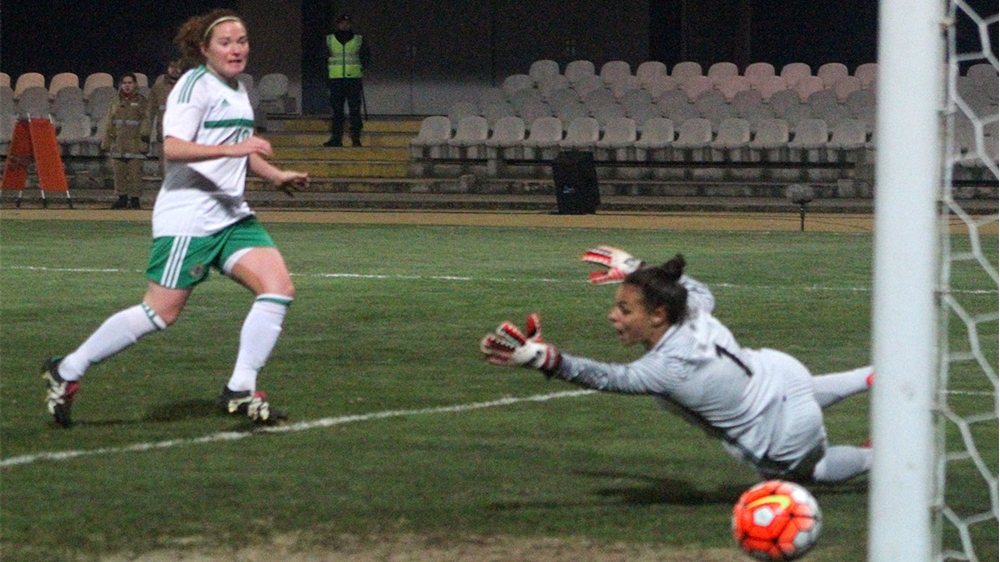 Captain Marissa Callaghan may just be the proudest woman in Northern Ireland after her goal sealed a magnificent victory against Portugal.

The captain scored midway through the second half with a great counter attacking goal. And she was quick to praise Avilla Bergin, whose cross found Callaghan in space - and she applied the finishing touch.

She said: "To be honest the ball from Avilla was superb. It was the perfect ball into my feet.

"I just thought 'don't mess up and slide it into the corner'. And once the ball went in it was just an unbelievable feeling."

Northern Ireland suffered defeat in their first match due to a goalkeeping error, but the mood remained positive in the build-up to the second game against the Portuguese.

The captain revealed: "We came here with the mentality to expect the unexpected, to just go out there and do our best and we have just come off the pitch with a 1-0 win over Portugal.

"What more could you want? Everyone grafted and gave 100% and you can't ask for any more."

To hear more from the Cliftonville player watch the video above.