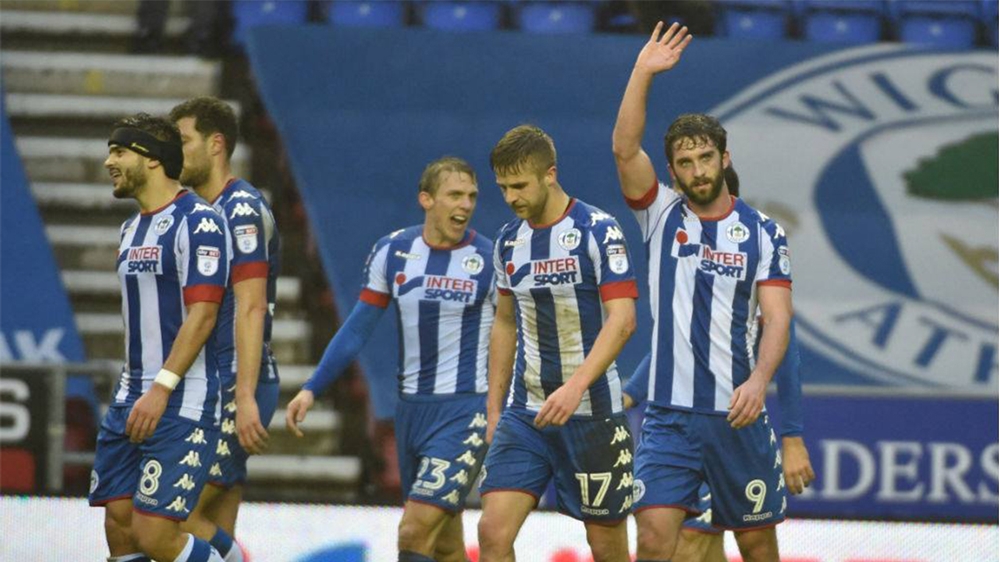 Striker Will Grigg ended his 14 game barren spell in front of goal when he opened the scoring for Wigan Athletic in the Latics 2-0 FA Cup Third round victory over fellow Championship side Nottingham Forest at the weekend.

The 25-year-old, who ended his three-month drought when he put his side ahead in first-half injury time, was praised by Latics boss Warren Joyce, not just for his goal, but his overall performance against Forest

“I think Will has been great in general play and he works hard for the side,” enthused Joyce after the game. “His all-round commitment has been good and he is doing a job for the team.

“It’s the hardest thing in football to score, that’s why strikers get paid the most money and he did his job very well today.”

Also on the scoresheet on Saturday was Millwall winger Shane Ferguson who came off the bench for the League One side to rattle home his third goal of the season in a comprehensive 3-0 victory over a much changed AFC Bournemouth outfit.

Elsewhere in the competition, Goalkeeper Michael McGovern started for Norwich City against Captain Steven Davis as they drew 2-2 against Southampton. Striker Kyle Lafferty came off the bench as the Canaries earned a replay against the Premier League outfit.

Watford secured their place in the fourth round of the competition with a 2-0 success at Vicarage Road against Burton Albion however, Northern Ireland defender Craig Cathcart was substituted after just sixteen minutes following a clash of heads.

“Cathcart is well and in perfect condition,” updated Hornets boss Walter Mazzarri after the match, “He should be ok and available for the game against Middlesbrough next weekend.”

Former Northern Ireland international defender Chris Baird will be looking forward to the fourth round draw this evening after Derby County recorded a 2-1 victory at West Brom who had Gareth McAuley in their line-up.

Meanwhile Caolan Lavery notched up his second goal of the campaign for Sheffield United who consolidated their place at the top of League One with an impressive 4-2 success at Southend United.

Lisburn-born Ben Kennedy continues to enhance his reputation after another hugely impressive performance for Stevenage in their 3-1 win over Newport County which saw the 19 year-old set up two of the goals.

Stevenage boss Darren Sarll believes that the Northern Ireland under-21 international is good enough to play at a higher level and that he could become the first player to leave the club for a million pound.

“With the money that gets bandied around, why can’t Ben Kennedy be Stevenage’s first million pound player? Why not?” exclaimed Sarll.

“I think Ben’s achievements have been under-appreciated, not here, but to the outside world.

“I don’t see any other 19-year-old in the Football League, and I’m more than happy to be proved wrong, to have made 65 appearances.

“He’s a top, top young player and his form in the last four-six weeks is very good and if it carries on we’ll lose him.”