Conor and Ryan score on same day for club sides 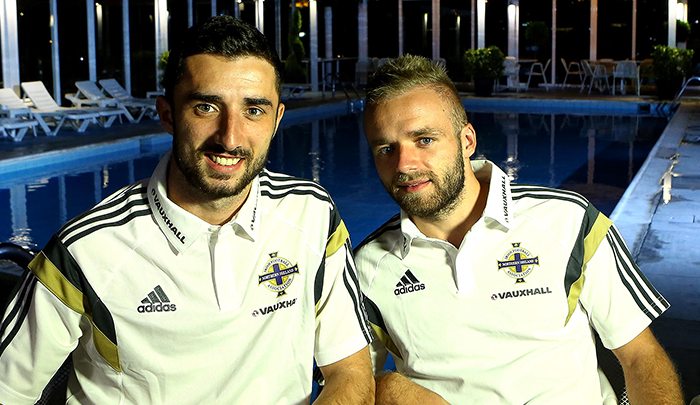 Not only did brothers Conor and Ryan McLaughlin both get on the scoresheet for Fleetwood Town and Oldham Athletic respectively last night but they also equalled a long-standing 63-year-old record in the process.

Wing-back Conor clocked up his fourth goal of the campaign as Fleetwood Town improved their chances of automatic promotion from League One with a surprise 2-0 victory over Sheffield United at Bramall Lane.

Meanwhile, 30 miles away in Oldham, younger sibling Ryan was registering his first goal for the struggling Latics who clinched a much-needed three points with a 2-0 success over Peterborough United now managed by former international midfielder Grant McCann.

That goal by Ryan eight minutes from time meant that the McLaughlins became the first set of brothers from Northern Ireland, with senior caps, to score for different English clubs on the same day for 63 years!

The last players to achieve this remarkable feat were Jackie and Danny Blanchflower on 6 February 1954.

It happened in the old First Division when Danny scored twice for Aston Villa in a 2-2 draw with Chelsea at Villa Park, while younger brother Jackie was also on target as Manchester United defeated Preston North End 3-1 at Old Trafford.