Defender doesn't want a one off performance 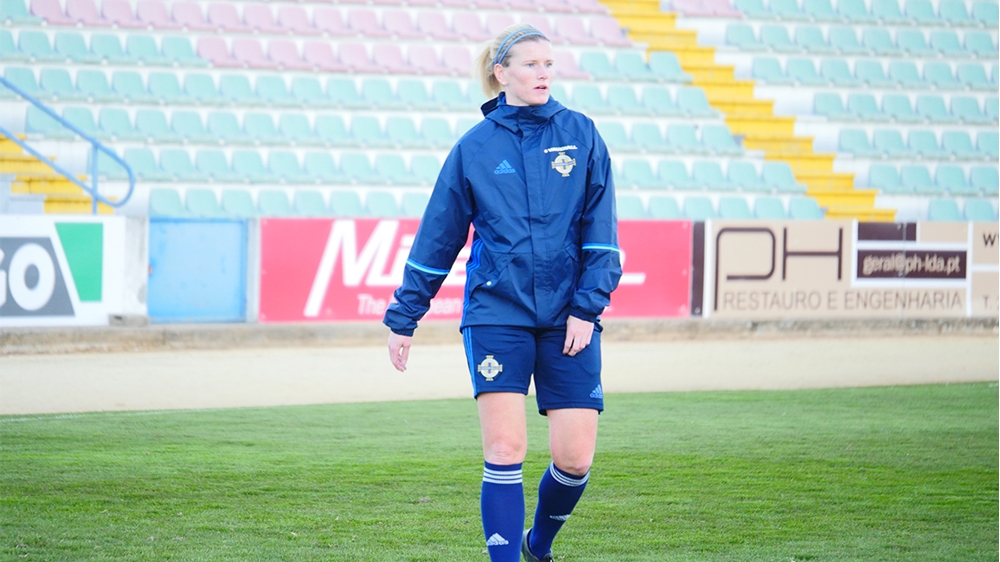 Northern Ireland defender Julie Nelson believes her team-mates can go one better after their narrow loss to Portugal when the two meet again on January 19th.

The Estádo Municipal de Áueda in Agueda will play host to the second friendly between the sides after the 1-0 defeat on Tuesday in Oeiras.

Reflecting on that game, Northern Ireland Player of the Match Nelson was proud of the performance, she said: "I thought we defended very well as a team, everyone played well.

"We basically restricted Portugal to shooting outside the box. Unfortunately we conceded from an error but bar that I don't believe they had any clear chances on goal."

Moving on to the fixture to come, Nelson knows that although they can be proud of their previous defensive display, they have to still go better if they want to leave with a result: "There was a lot of positives to take from the performance but we need to sustain that performance tomorrow night as well so that it's not a one off performance.

"If we can put in two performances back to back in the space of three days that would be a great boast for us."