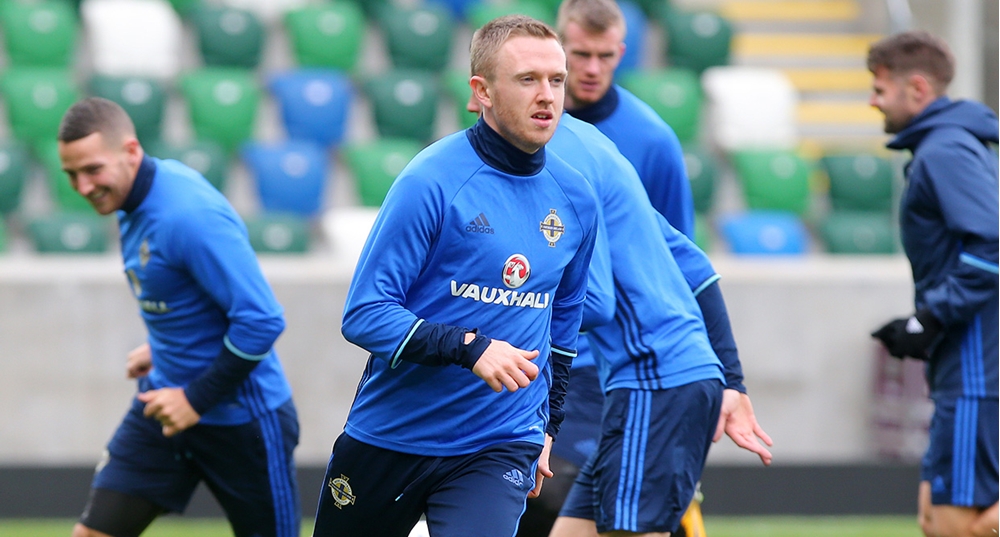 Shane Ferguson is relishing the opportunity to pit his talents against current World Championship Germany on Thursday on what will be a huge occasion for the entire squad.

"It's going to be massive," said the 32-times capped Millwall midfielder.

And he has called on the support from the stands to get behind the players, to once again create that special atmosphere which makes life so difficult for the opposition.

"Every time we play at home we seem to get that extra lift from the fans, and hopefully that'll help us again. We know it's going to be difficult but there's no pressure on us."

But despite that lack of pressure and expectation Ferguson is also very aware that a berth in the play-offs hasn't yet been confirmed.

"We know the job is still not done and we still have to secure our place in the play-offs. We've still got a lot of work to do but we're looking forward to the challenge."