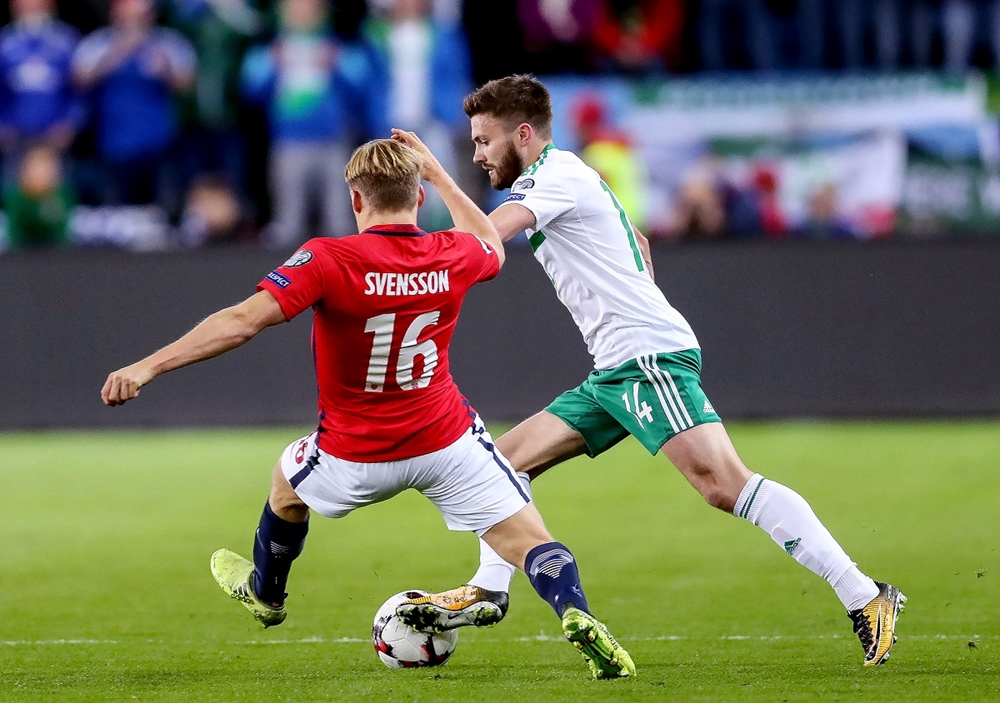 But with news of Scotland's earlier failure to beat Slovenia confirming a play-off place for Northern Ireland the pressure was off Michael O'Neill's side going into this closing group game in the Ullevaal Stadion.

However, there were still some issues to be settled and targets to aim for.

First and foremost, a positive result would help with securing a spot amongst the seeds in the play-offs thus avoiding some of Europe's heavyweights (Italy, Portugal etc.) whilst keeping a clean sheet would mean that only World Champions Germany either scored against or defeated Northern Ireland in the group.

On top of all that half a dozen players went into the game one caution away from a suspension although all six - Stuart Dallas, Steven Davis, Corry Evans, Jonny Evans, Josh Magennis and Oliver Norwood - started.

With the play-off place itself not at stake it was perhaps no surprise that the game got off to something of a pedestrian start.

Alexander Sørloth had an early chance for Norway but, in reality, he never really troubled Michael McGovern who gathered comfortably.

At the other end, Conor McLaughlin and Josh Magennis combined for the latter to deliver a cross for Conor Washington only for the ball to have a little too much speed on it while, not long after, Steven Davis reached a loose ball to test Ørjan Nyland but the 'keeper easily saved.

That brief flurry proved to be a false dawn with little ease created until around the half-hour mark but, even then, Sørloth's effort on the edge of the box was sliced wide.

Perhaps the best moment of the first half up until that point came on 36 minutes when Birger Meling's first time volley bounced in front of McGovern before being turned past the post.

From the resultant corner Meling had another go but this effort sailed narrowly over.

Played switched to the other end with Davis finding space to cause Nyland to fumble his powerful drive only to gather at the second attempt as Washington was poised to pounce.

At the break recent cap George Saville came on for Norwood and almost made an instant impact, combining with Washington to break into the box only to be upended by Håvard Nordtveit but Ukrainian referee Sergiy Boyko waved away all penalty appeals.

Norway did have the ball in the net on 51 minutes when Alexander Søderlund turned a Tore Reginiussen deflection past McGovern but, rightfully, the assistant referee ruled the 'goal' out offside.

However, the deadlock was broken 20 minutes after that in somewhat unfortunate circumstances, when Chris Brunt turned the ball into his own net whilst attempting to deal with Stefan Johansen's cross which McGovern struggled to claim.

Stuart Dallas might have levelled soon after with a strike from distance that appeared destined for the bottom corner but Nyland did well to turn it away for a corner.

Then, with five minutes left, Saville threatened again after latching onto a Dallas lay-off but, from close range, could only fire over the bar.

Norway suffered a second disallowed goal in stoppage time when Søderlund knocked the ball home but this, too, was ruled out offside after the officials ruled that Sørloth had strayed. 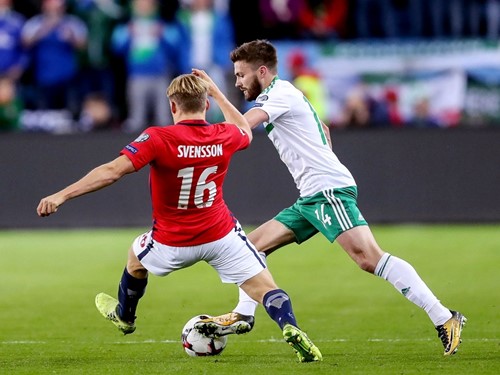 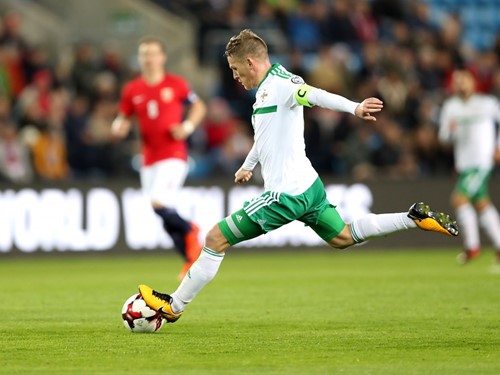 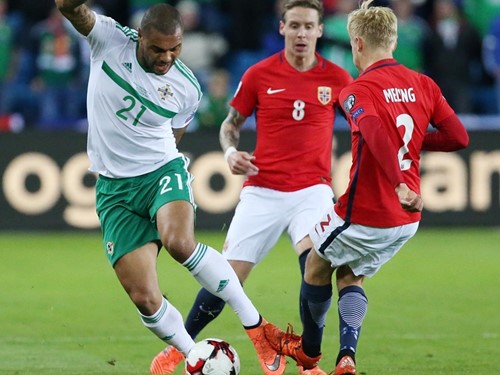 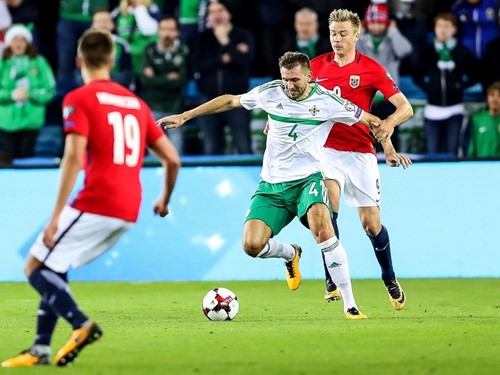 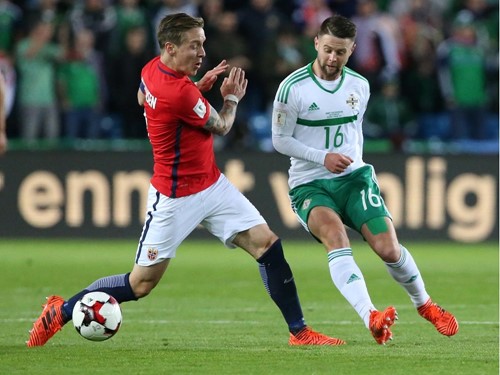 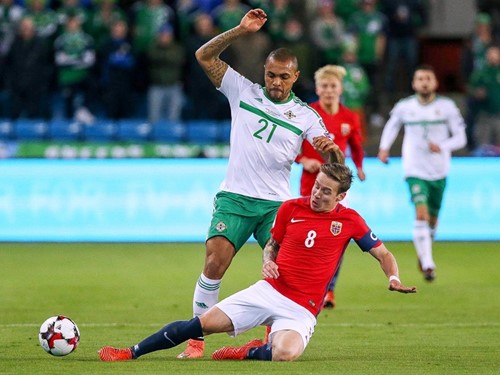