Amos scores on debut for Under 19s 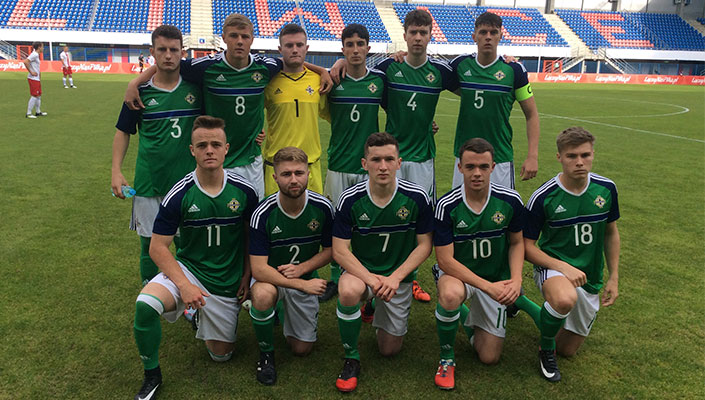 Northern Ireland began their UEFA Under 19 Mens Championship qualifying round with a narrow defeat against hosts Poland.

For the first hour both teams cancelled each other out and chances were few, however this all changed on 62 mins when a training ground corner routine worked and debutant Danny Amos thundered home a left foot shot from 16 yards.

This shook the home side into making two quick substitutions which paid off 10 minutes later when a clearance was hammered back in through a number of defenders by Adrian Łyszczasz and past Northern Ireland keeper Conor Larkin.

Immediately the Under 19s bounced back and Caolan Boyd-Munce saw his effort rebound off the foot of the goal post.

Poland pressed for the winner and it came on 82 minutes when, after four successive corners, Aron Stasiak headed in the winner.