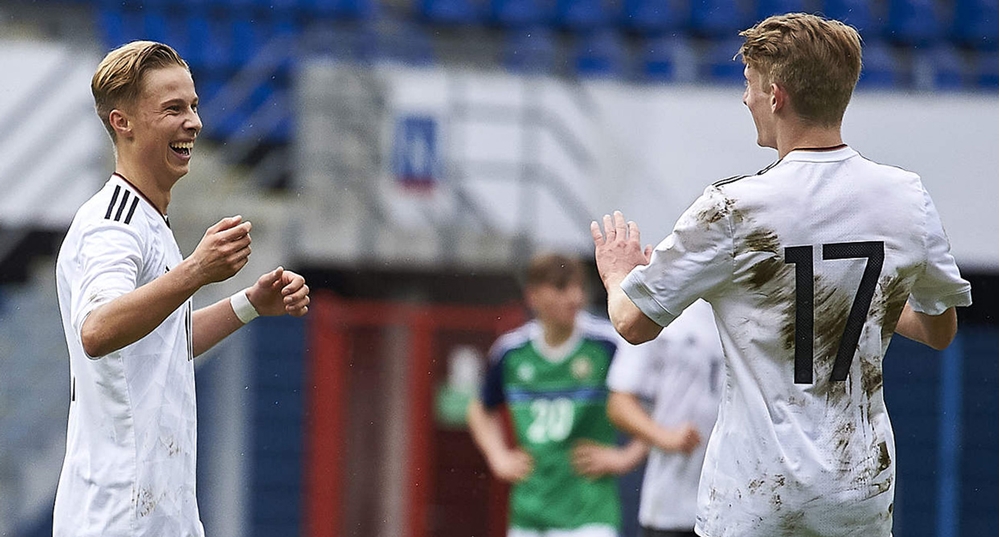 Northern Ireland U19s slumped to a 7-1 defeat to Germany in Poland in their latest match in the UEFA Under-19 Championship qualifiers.

Stephen Frail’s side had been level with the Germans at half-time but six goals in the second half meant a heavy defeat for the U19s against one of the favourites for next year’s U19 Euros in Finland.

That was how it remained until half-time but goals from Schreck, Beste and a penalty from Havertz gave the Germans a commanding lead.

In the final minutes of the match Northern Ireland conceded another three goals – a double from Wintzheimer and a Yari Otto strike.

The Under 19s have now lost their first two UEFA Under-19 Championship qualifiers - against Poland and Germany. They will be looking for a strong finish to the mini tournament in Poland when they take on Belarus on Tuesday evening.