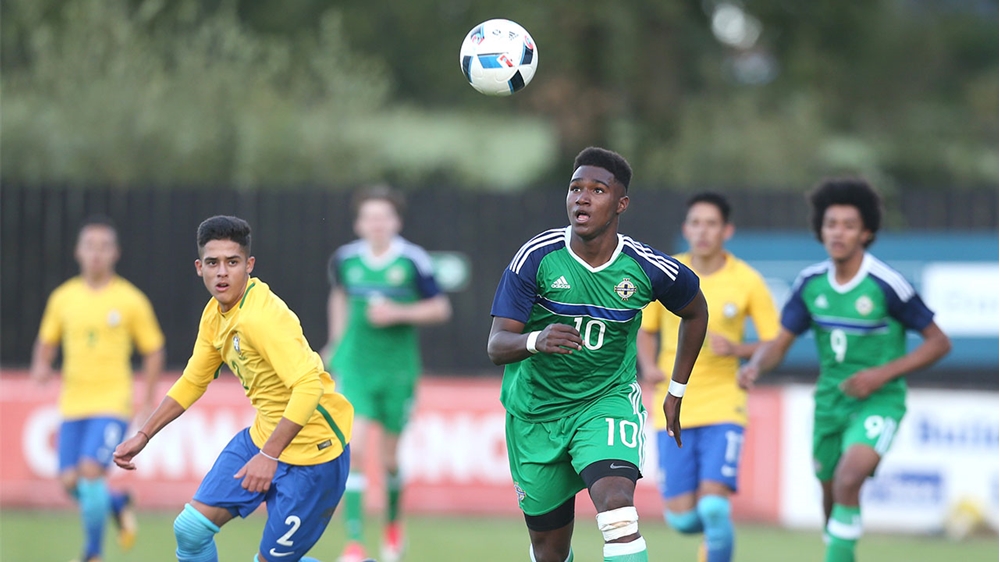 Head coach Darren Murphy believes he has selected “a strong panel” for Northern Ireland’s tilt at this year’s Victory Shield.

The Under-16 Schoolboys tournament is being organised by the Northern Ireland Schools’ Football Association on behalf of the Schools’ Association Football International Board.

Darren Murphy revealed he has given three Under-15 players from the Irish FA’s Club NI elite player development programme - Lewis MacKinnon, Caolan McBride and Conor Bradley - the opportunity to play a year up in the Victory Shield as seven Club NI U16s have been selected to play a year up for the U17 UEFA European Qualifiers taking place at the same time.

England have not entered for the past couple of years, so Northern Ireland’s U16s will be facing Wales, Scotland and the Republic of Ireland in the 2017 tournament.

Image: Northern Ireland’s U16s warmed up for the Victory Shield with a game against Brazil U16s in Dungannon. They lost the game 2-0.