Midfielder nets from the spot in 2-2 draw 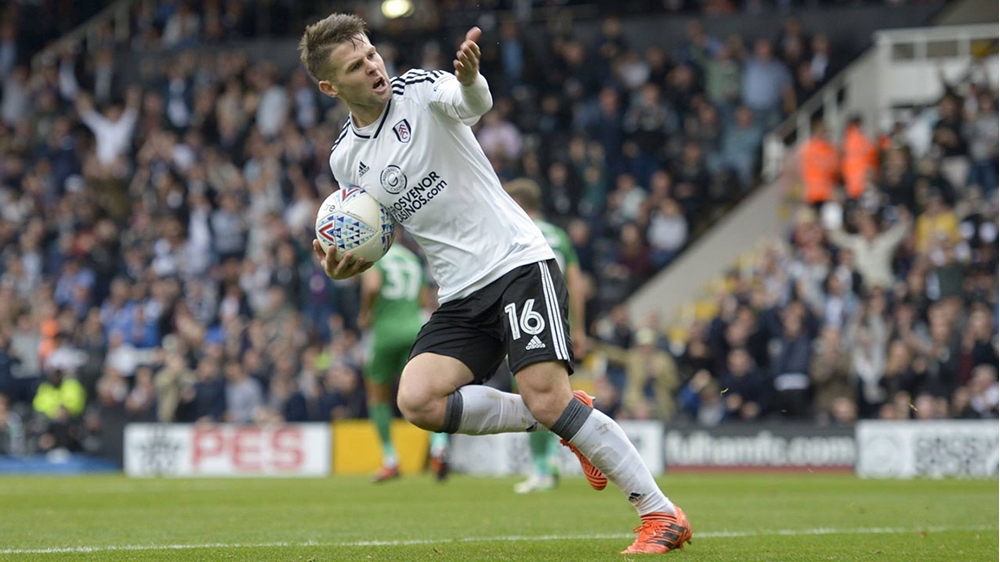 Ollie Norwood’s second goal of the season helped earn Fulham a point after they fought back from two goals down to Preston North End at Craven Cottage at the weekend.

The west London outfit were trailing 2-0 with a quarter of an hour remaining when Norwood halved the deficit from the penalty spot. Fulham then completed the comeback in the 96th minute thanks to Denis Odoi’s equaliser.

Norwood, who is on a season-long loan with the Cottagers from Brighton, was happy with the point but did admit to being disappointed in the team’s overall performance, especially in the first half when they went two down inside the opening 25 minutes.

"We accept that the first half was nowhere near good enough and that it just wasn’t us,” said the 26-year-old who won his 50th international cap against Norway last week, “but you have to give a bit of credit to Preston. They came and pressed high, were aggressive and won the ball back and didn’t allow us to settle into our rhythm.

“We tweaked it a bit at half-time and thought second half was a lot better and we were delighted with the point we got in the last minute.

“I missed a sitter though,” added the midfielder, “completely missed the ball and misjudged it and I should’ve scored to make it 2-2. Thankfully Denis got me off the hook!”

Meanwhile, in League Two Lisburn-born Under 21 international Ben Kennedy chalked up his third of the season but it was merely a consolation as Stevenage were crushed 7-1 by Luton Town at Kenilworth Road.

On the injury front Corry Evans missed Blackburn Rovers' 1-0 reverse at Oldham Athletic with an ankle injury and he is also a concern for tomorrow night’s League One fixture at home to Plymouth Argyle according to boss Tony Mowbray.

“Corry is a frustration for us, of course,” declared Mowbray. “He trained on Thursday and then he was too sore to finish the session, so he didn’t make it because he picked up an injury in the international break.

“He probably won’t make Tuesday. It will be difficult, but let’s wait and see.”

Better news for Michael O’Neill though was that winger Jamie Ward made his first appearance of the campaign as Nottingham Forest lost 2-0 in their Championship contest at Derby County yesterday.

The 31-year-old, who has not played for Northern Ireland since scoring against Norway in Belfast last March, has been sidelined with a calf injury but he came on as a substitute for the final half hour of Forest’s defeat at Pride Park.

Meanwhile, former Northern Ireland under-21 striker Adam McGurk hit the target on his return from a three-week injury lay-off by scoring the opening goal in Morecambe’s 2-0 victory at Chesterfield in League Two.

Finally, goalkeeper Bailey Peacock-Farrell made his debut in York City’s 2-2 draw at Leamington in the National League North on Saturday.

The 20-year-old netminder joined the Minstermen on a month’s loan from Leeds United last Thursday.