Baraclough’s men get back to winning ways against Estonia 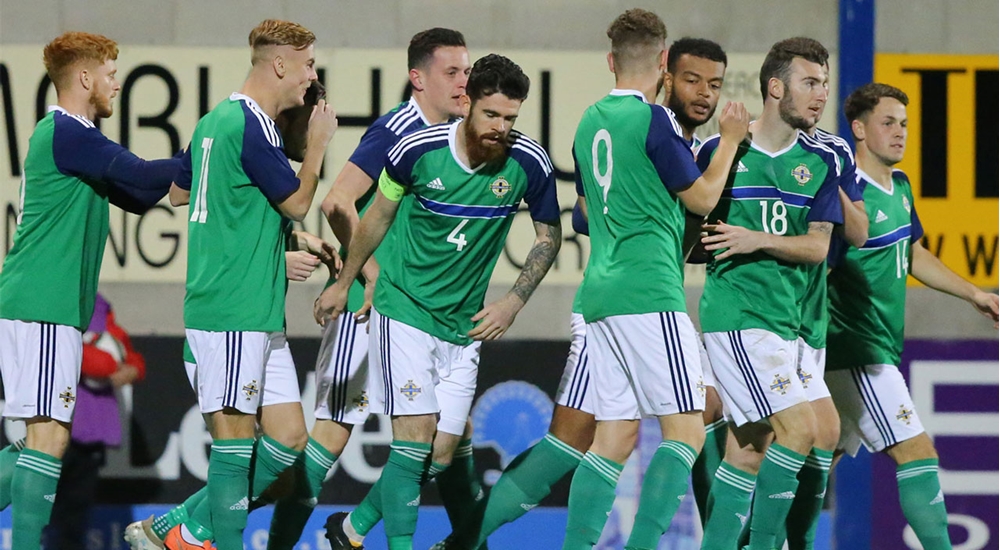 Northern Ireland U21s did it the hard way as they came from a goal down to beat Estonia 4-2 tonight at Mourneview Park and go top of Qualifying Group 2.

Northern Ireland took the lead in only the second minute as centre half Ryan Johnson finished from close range. Jordan Thompson put a delightful free kick into the heart of the box which was flicked on by Cameron Dummigan to Johnson who tapped home past Matvei Igonen in the Estonia goal.

Northern Ireland’s lead didn’t last long however as Estonia caught them on the break with winger Frank Liivak finishing from close range on 11 minutes.

Thompson’s left foot was causing all sorts of problems for the Estonian defence as he found the head of Liam Donnelly from a corner but he put his effort just over the bar.

Estonia turned the match on its head against the run of play on 18 minutes as Rauno Sappinen tapped home from close range when the Northern Ireland defence failed to deal with a dangerous ball into the box from a corner.

A half chance fell the way of Glenavon man Mark Sykes on 33 minutes and his long range effort was tipped over the bar by the Estonia keeper. Northern Ireland had a golden chance to equalise shortly after from a well rehearsed set-piece move. The ball eventually fell to Thompson inside the area and his effort was blocked on the line.

A frantic first half of football was rounded off on 43 minutes when Dale Gorman hit a fantastic equaliser from 25 yards out. The ball was bobbling around the Estonia penalty area and eventually rolled out to Gorman who struck it first time off the post and into the back of the net.

The second half started at a slower tempo than the first with neither side creating anything in the early stages.

Northern Ireland then took the lead through Sykes on 61 minutes. Ben Doherty broke well down the left wing and crossed into the box towards Thompson. The ball was cleared to the edge of the area only as far as Sykes whose low effort took a slight deflection and nestled in the corner of the net.

Northern Ireland put the game to bed on 74 minutes. A fantastic 30-yard strike from Sykes smashed off the bar onto the back of Igonen and into the net for Northern Ireland’s fourth.

Northern Ireland had a great chance to go another goal ahead as David Parkhouse looked to head home at the far post only for the defender to get a last minute block in.

The match finished 4-2. Northern Ireland face Albania away on 10  November in their next match.