Captain Steven Davis is looking forward to the draw unfolding 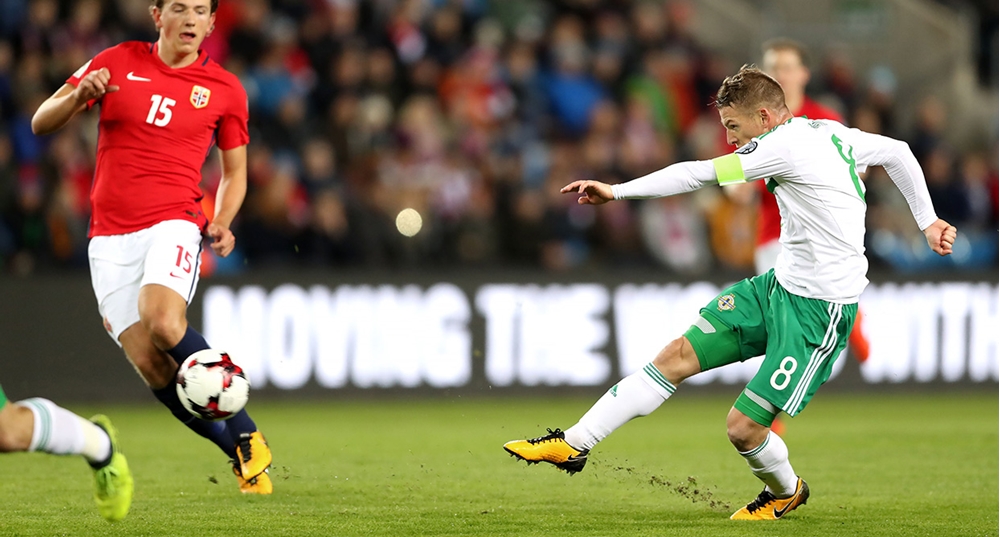 Steven Davis says that despite the disappointment of tonight’s 1-0 defeat in Norway it’s a great feeling to know a play-off spot for the FIFA World Cup finals in Russia awaits Northern Ireland next month.

“It’s going to be interesting to see the draw, I think everyone will be tuning into that one to see who we get.

“No matter who it is it’s going to be difficult over the two legs, we expect that, but on paper you can have a little bit more of a favourable draw depending on who you pull, so it will be interesting viewing.”

To watch the full interview click on the image at the top of this page.

The draw for the play-off stages of European World Cup qualifiers takes place in Zurich on Tuesday 17 October.