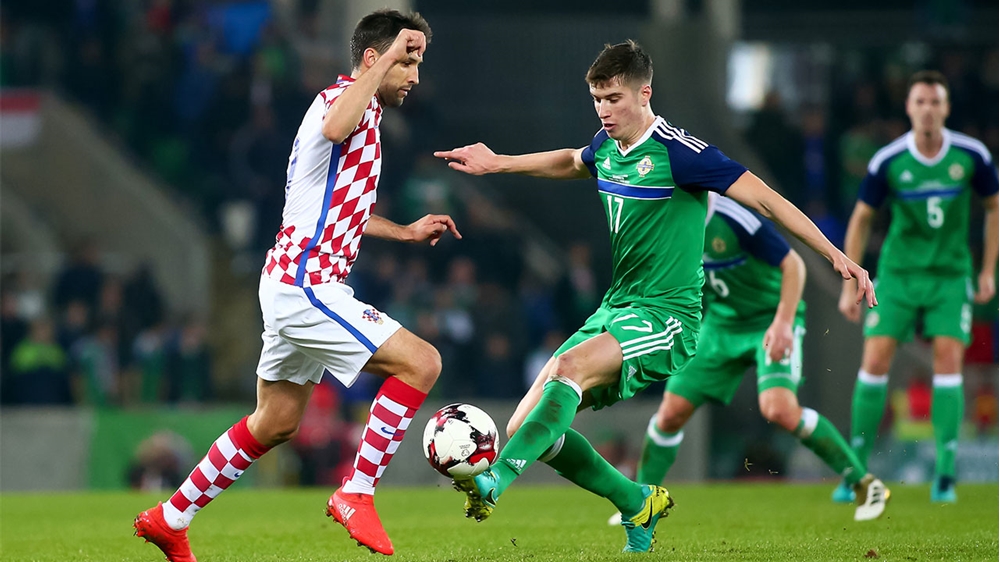 Michael O'Neill has recalled Jamie Ward and Paddy McNair to the Northern Ireland squad to face Switzerland in the World Cup Play-Offs.

McNair, who suffered a cruciate ligament injury, is back after a year away from the International setup with his last appearance coming against Croatia on 15 November 2016.

The Sunderland player has played numerous games for the U23s and played 11 minutes in their defeat to Bristol City at the weekend to be fit in time for the Play-Offs.

Forward Jamie Ward will also be another boost to the squad after scoring on his last appearance against Norway back in March.

The Nottingham Forest player returned from his calf injury at the start of October and has made two sub appearances in their last three games.

Another call-up is Scunthorpe United Defender Rory McArdle who is part of his first squad in over two years. The 30 year old last made an Northern Ireland squad in 2015 in the crucial double header against Greece and Finland to qualify for Euro2016.

Also, Aaron Hughes is in the squad after suffering an injury which ruled him out of the recent games against Germany and Norway.

There is no place for Watford defender Craig Cathcart who is still out with a knee injury.

The full squad to face Switzerland on November 9 & 12 is as follows: