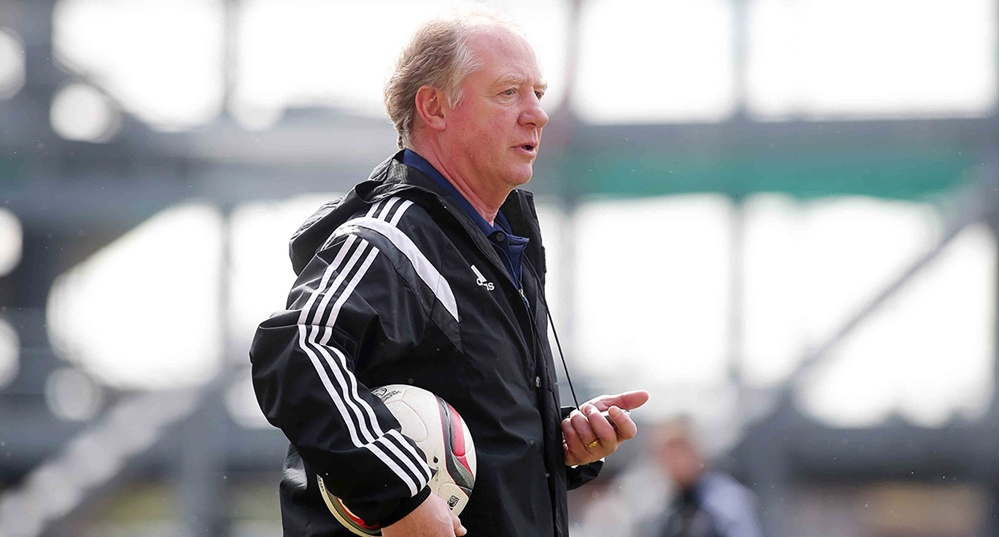 Jimmy Nicholl has taken up a new role in club football in Scotland – but he will continue to be Northern Ireland’s assistant manager.

He has been appointed assistant head coach at Scottish Championship side Falkirk.

Jimmy is part of a new management structure at the club which includes head coach Paul Hartley and fitness coach Tam Ritchie.

The 61-year old actually signed Paul Hartley twice as a player while in charge of both Raith Rovers and Milwall. And the duo have also worked with Falkirk technical director Alex Smith in the past.

Jimmy takes up his role at The Falkirk Stadium with immediate effect but will remain part of Michael O’Neill’s coaching team.

Jimmy Nicholl told Falkirk’s website: “When I got the call from Paul to join him and Tam at Falkirk it was an opportunity which really excited me.

“Things have moved very quickly, but I am just delighted to get started and get back out on the training pitch.

“Falkirk is a great club with fantastic facilities and infrastructure. Any time I have been here previously I have been very impressed with what I have seen. There is great potential here and working with Paul, Tam and the players I hope to deliver on that.”

And Paul Hartley said: “I am delighted to welcome a man of Jimmy’s experience to the club. He is someone I have enjoyed working with previously and someone who I know will be a real asset to my backroom team.

“He has played and coached at an extremely high level and has enjoyed great success throughout his career. I am certain he will make a really positive impact throughout the club.”

Jimmy began his managerial career at Raith, where he was player-manager, in 1990 and won the Scottish League Cup and the Scottish First Division title during his seven seasons with the club. He subsequently managed Millwall, Raith for a second time, Dunfermline (caretaker), Hibernian (caretaker) and Cowdenbeath (twice). His last club managerial stint was with Cowden where he resigned as boss in May 2015.

Jimmy Nick, as he is affectionately known to the fans, is Northern Ireland’s bridge to the famous World Cup sides of the 1980s.

However, Jimmy is not in post merely for sentimental reasons. When Michael O’Neill brought him into the fold as his number two back in March 2015 he said the former Manchester United and Rangers full-back was there for his international know-how, his excellent people skills and his coaching experience.

Jimmy played at two World Cups for his country and won 73 caps.