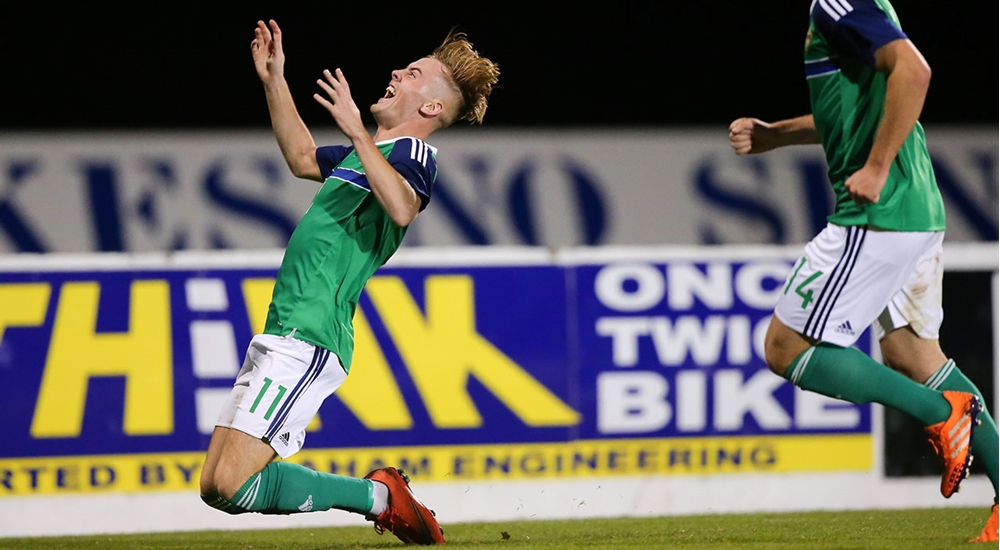 Northern Ireland midfielder Mark Sykes is hoping he can put two goals to his name after the U21s beat Estonia 4-2.

The Glenavon man netted his first from the edge of the box to put the U21s 3-2 up and then he hit a great effort from 30 yards which may have defected in off the keeper. Either way, Sykes was the key man in getting the U21s the win after they went 2-1 down in the first half.

On whether he'll be trying to claim two goals, he said: "Yeah, I think I will! The boys have been taking the mick saying it was an own goal from the keeper but I think I'll take it."

He also shared his thoughts on scoring at his home pitch Mourneview Park. He said: "Yeah, it's always nice. Obviously this is my first game back in the squad and it's nice to come back here to Glenavon and get the two."

Watch the goals from last night's win in the video above.