Northern Ireland Schoolboys come out on top at Seaview 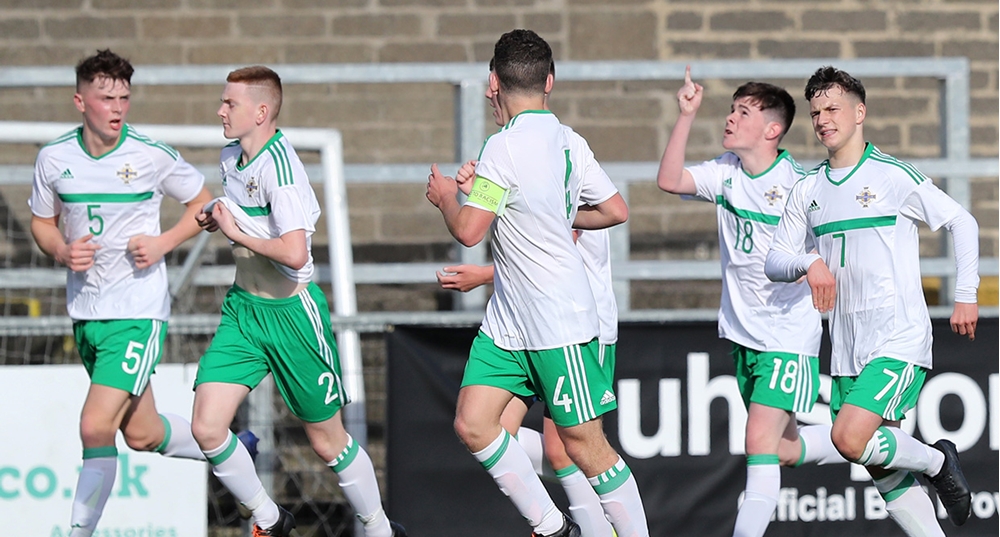 If the Republic of Ireland, who are unbeaten in the tournament so far with a win and a draw, fail to beat Scotland on Friday and Northern Ireland defeat Wales then Darren Murphy’s side will claim the trophy on home soil.

Northern Ireland Schoolboys, who lost to the Republic 1-0 on Monday, had to dig deep against the Scots to secure a 2-1 win at Seaview.

It was a thoroughly entertaining first half in north Belfast with Northern Ireland opening the scoring in the 7th minute. Midfielder Gerard Storey showed great vision to find Alberto Balde and the Portadown player cut inside before drilling a low shot into the bottom corner.

Scotland hit back minutes later with another fantastic finish. Dylan Forrest received the ball from team-mate Michael Sparkes and took a touch before giving Northern Ireland keeper Callum Taylor no chance with his 30-yard strike.

Then Peter McKiernan had a header saved before down at the other end Taylor denied Sparkes again.

On 33 minutes Northern Ireland scored what turned out to be the decisive goal. Ben Gallagher played an inch perfect pass through to McKiernan who slid the ball past onrushing keeper Harry Stone and it almost trickled into the net.

In the second half Scotland introduced Dembele, Morrison and O’Connor with the hope of causing Darren Murphy’s men problems.

And Ben Cameron hit the crossbar for the Scots before Taylor reacted quickly to save Kai Kennedy’s shot.

Northern Ireland saw a lot more of the ball in the second period, however, and used it well. Substitute Eoin Teggart added some fresh legs in attack and came close on a number of occasions.

Scotland piled on the pressure towards the end. Celtic’s Karamoko Dembele came the closest to scoring, having three attempts in a matter of minutes. One effort drifted wide, another saw Taylor produce a fine save and a stinging shot cannoned off the post to safety.

Watch our interview with captain Dylan Boyle and goalscorer Peter McKiernan by clicking on the image at the top of the page.

Earlier today Wales and the Republic drew one each at the Bangor Fuels Arena, the other venue being used in the 72nd Victory Shield tournament, which is being hosted by the Northern Ireland Schools’ FA this year.

Just seconds from the final whistle Wales led 2-1 and were in control of their destiny, having drawn 1-1 with Scotland on Monday.

But the Republic snatched victory out of Wales’ hands. In their efforts to close the game out Wales failed to deal with a deep free-kick and gifted substitute Armstrong Oko-Flex an equaliser, which cancelled out Jack Madeline’s and Luc Noble’s goals, either side of a Matt Everitt strike.

Now Wales will have to do it the hard way by beating a Northern Ireland team who will fancy their chances of taking the trophy should winless Scotland spring a shock against the Republic in the early kick-off at Bangor Fuels Arena (1pm) on Friday. Northern Ireland face Wales at Seaview at 5pm on Friday.

You can view the highlights of the Scotland vs Northern Ireland game in the gallery below. 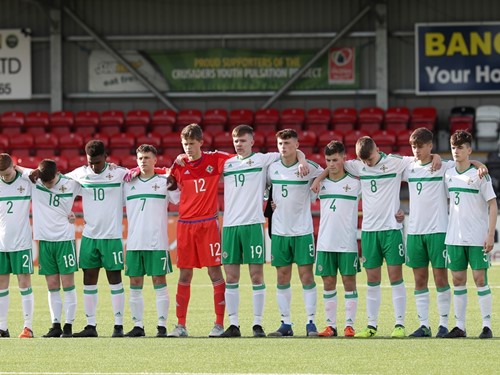 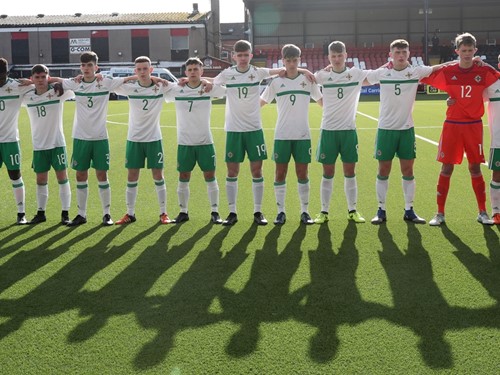 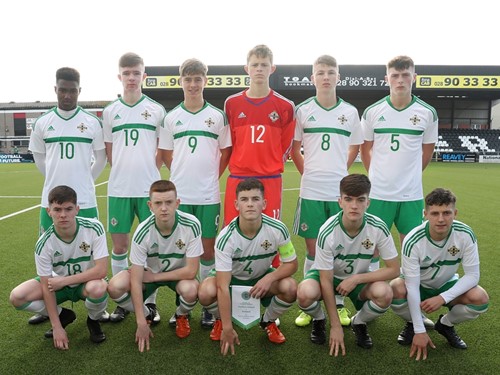 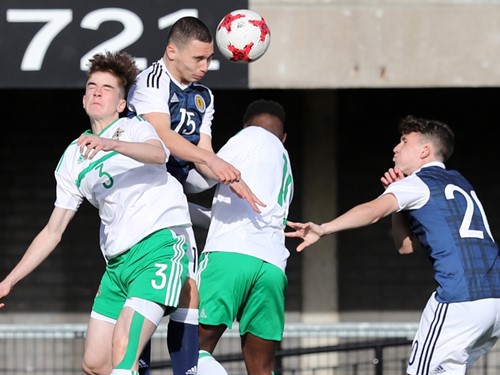 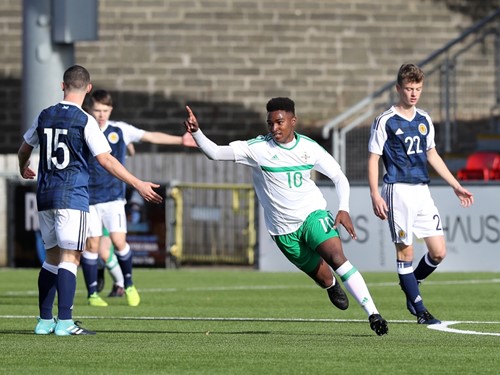 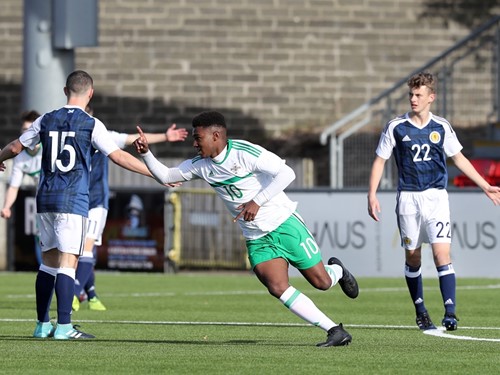 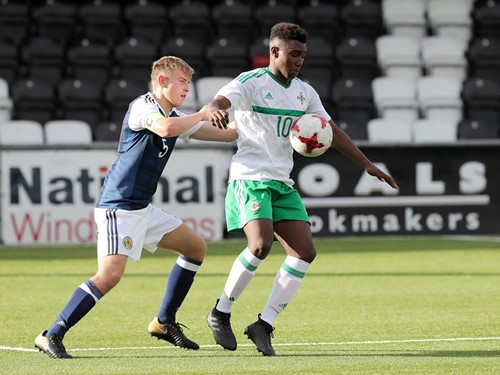 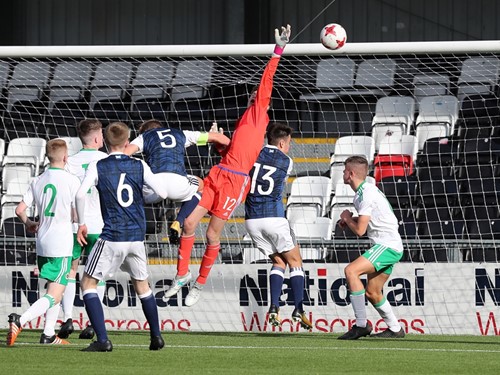 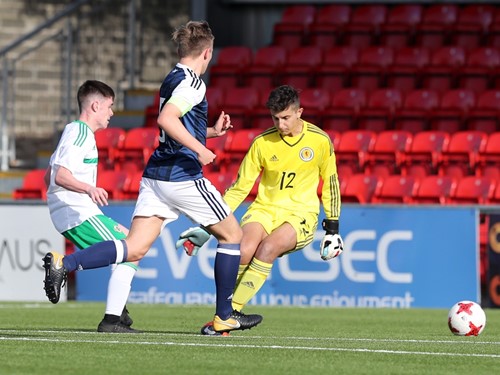 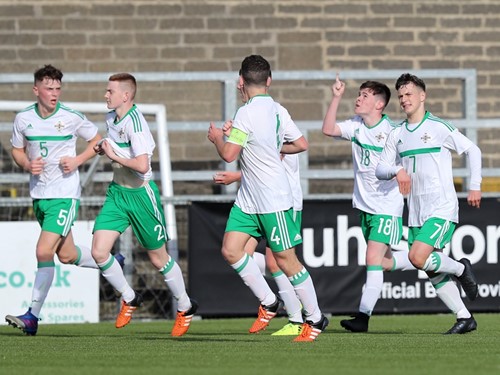 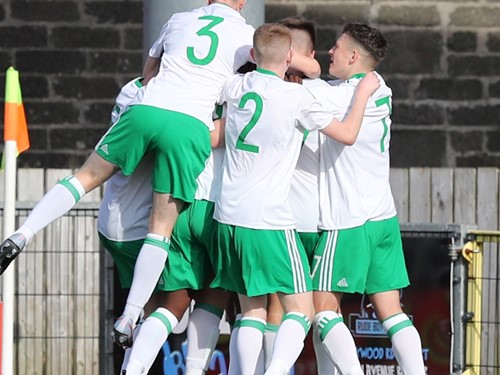 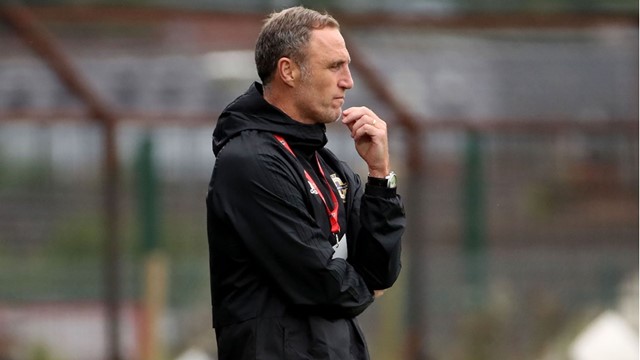 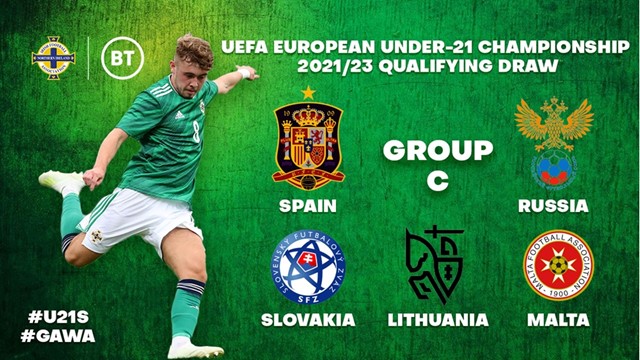