WBA defender back in squad to face World Champions 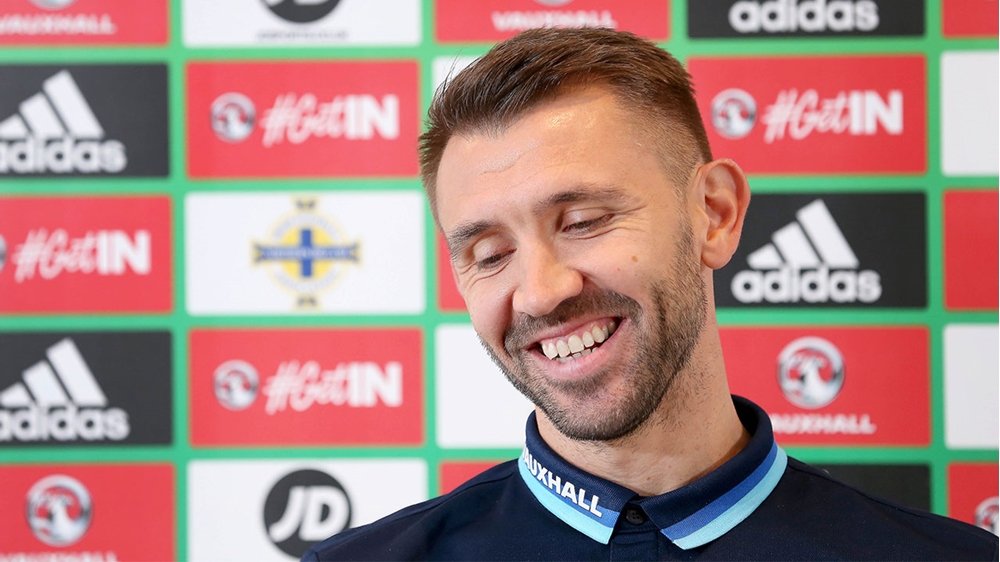 Gareth McAuley has backed the Green and White Army to help produce another memorable night as they prepare to face World Champions Germany.

The GAWA are well known to the Germans after their support caught the attention of the players at the Euros and in the away trip earlier in the World Cup qualifying campaign.

And McAuley knows it will be another night for the GAWA to be in full voice, he said: "Some of their players said after the two games about how vocal our fans are.

"They'll receive a warm Belfast welcome and let them have the experience of one of their special atmospheres. Obviously that drives us on well and carries us through games and will be important."

McAuley is back in the Northern ireland squad after suffering an injury against Azerbaijan and missed the most recent double header against San Marino and Czech Republic.

And the West Bromwich Albion player admits it's not the easiest of games to be welcomed back to, he said: "I played an hour against Man City and will hopefully get picked to play against Germany. That's two games that aren't the easiest to come back to and shake the dust off.

"We have seen them in close quarters at the Euros and in Hanover. A little bit of the two performances with the home crowd behind us and we can have a great night under the lights at Windsor."

To hear more about Gareth McAuley's thoughts on what it is like to face the World Champions and the importance of a result, watch the interview above.