Captain reveals his ambition to be as successful as Steven Davis 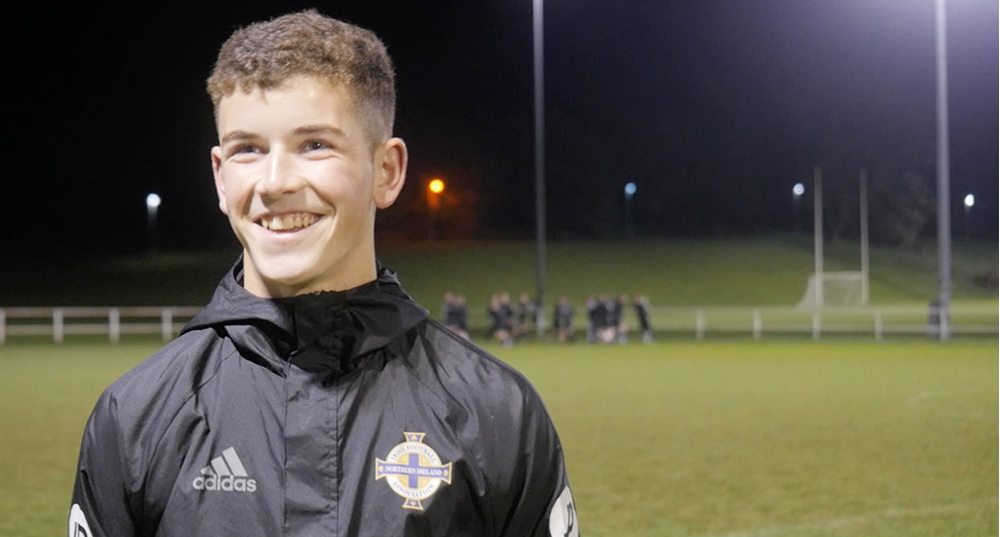 Under-16 Schoolboys captain Dylan Boyle cannot wait to get started in the Victory Shield next week.

Boyle said: "It's a big opportunity for me personally to play for my country against other international sides. It can really give you a chance to get noticed to go to sides across the water.

"It's a great honour to be selected as captain of your country and to be given that opportunity. I am very thankful and my family are very proud of me."

The last time Northern Ireland won the Victory Shield a certain Steven Davis captained the side. Dylan sees this tournament as an opportunity to replicate the success of one of his footballing idols.

Dylan said: "I look very highly on Steven Davis for what he's done with his career. He's just a boy from Northern Ireland who has gone on to do so much and it's great for us all to see it.

"This is a great opportunity for me to hopefully go on and one day be as successful as he is."

One of Boyle's team-mates, Alberto Balde, has recently signed a contract with Middlesbrough and is in particularly good form leading up to the tournament.

Alberto said: "Playing in a tournament like this just gives that experience of playing at a higher level like they are in England.

"If we can win this tournament then the managers will take notice of you and give you a chance to show what you can do. It is my dream to one day play in the senior team."

Northern Ireland play their opening Victory Shield match against Republic of Ireland at the Bangor Fuels Arena on Monday, kick-off at 3pm. You can see a full list of fixtures for the tournament by CLICKING HERE.