'We want to prove ourselves against the Champions' says Conor 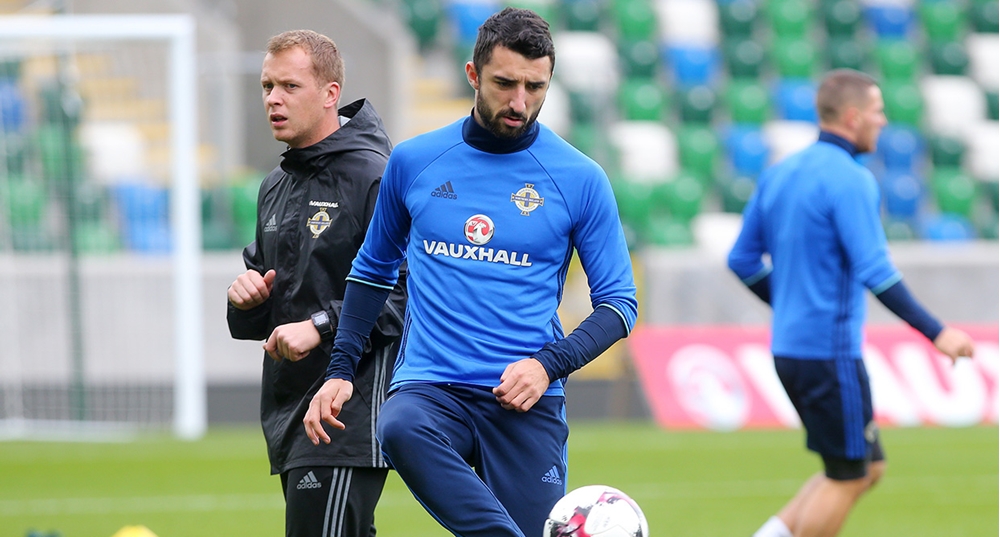 Conor McLaughlin has warned against a sense of complacency creeping in ahead of Thursday's night with World Champions Germany.

With second place in Group C now secure there's no doubt that a weight has been lifted from the collective shoulders of both players and fans alike but, as the 26-year-old is quick to remind us, there's still a play-off spot to nail down.

"It's obviously satisfying that we've got second place in the group and, unless there are some unlikely results, we'll probably get to the play-offs but we still need to make sure the job is done."

And the Millwall man is hoping that the big game occasion will spur the players on to make that finish push to get across the line, and maybe make it another night to remember at the National Stadium.

"The pressure is off us for the game. They're expected to win but we want to prove to ourselves that we can get a result against the World Champions. We know it's going to be tough but we're looking forward to it.

"We can go into the game and try to show what we can do. There's been special nights at Windsor Park before against big teams and hopefully we can add to that, and there's none bigger than the current World Champions."