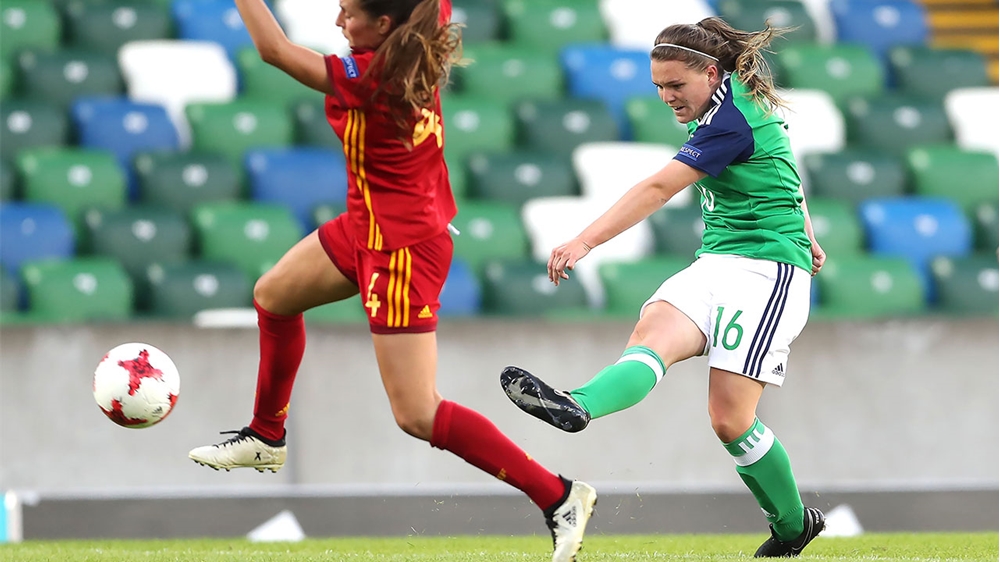 Northern Ireland’s qualifying campaign for a place at next year’s Women’s Under-19 European Championship got off to a disappointing start.

The WU19s are currently taking part in a qualifying round in Portugal and their first game in the mini tournament, against the host nation in Viseu yesterday, ended in a 2-0 defeat.

Northern Ireland played well in the game and were unlucky not to secure at least a point.

Alfie Wylie’s side started the game brightly with Leyla McFarland causing all sorts of problems down the left hand side.

And McFarland, Rebecca Bassett and Louise McDaniel all had opportunities to open the scoring.

Portugal then had a couple of chances. Keeper Caoimhe Callaghan produced a fine stop from one of Portugal’s wingers before a lob from their centre forward dropped wide of the post.

The hosts took the lead in the 32nd minute when their centre forward side-footed home from close range following a slick passing move.

Then another chance went begging for Northern Ireland when Abbie Magee, who was Northern Ireland’s best player in the game, fired in a deep free-kick which deceived the home keeper and was cleared off the line at the back post.

Northern Ireland started strongly in the second half. McDaniel had a great chance cleared off the line in the 50th minute following excellent play by Chloe Orr.

The girls pushed hard throughout the half only to be hit by a sucker punch deep into injury time, the Portuguese scoring with a cracking strike from 35 yards.

Next up for Wylie’s charges are Norway tomorrow (20 October) at the Municipal Stadium in Nelas (2pm start), while the final game against Cyprus takes place at the same venue on Monday (23 October) at 3pm.

The winners of the competition in Portugal will advance to an elite round next spring. And the runners-up also have a chance to make it to the elite round as one of the best runners-up.

Seven nations will ultimately advance from the elite round to the finals in Switzerland along with the host nation. 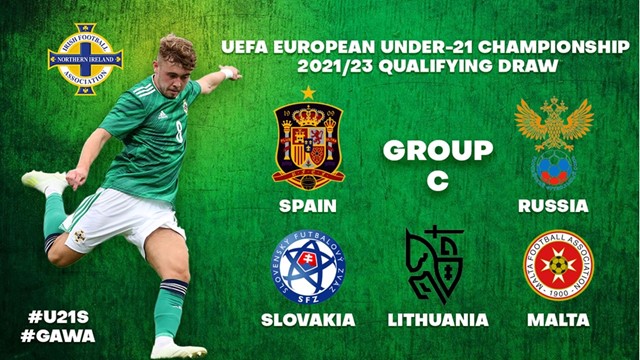