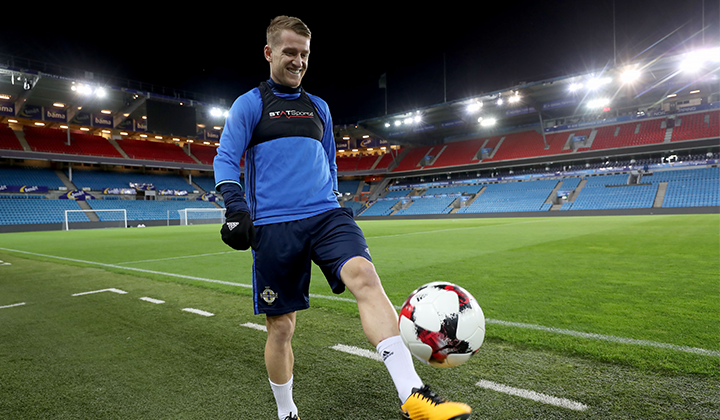 Michael O’Neill’s men currently need a win or draw, depending on results elsewhere, to secure a November play-off spot for a chance to progress to the finals tournament in Russia next summer.

Davis said: "We’ve put ourselves in such a strong position in the group with our performances to date so I think it’s just about more of the same. Our style will not alter too much, but we’re expecting a difficult much.

“We always knew it would go down to the wire to be honest. Everybody expected Germany to win the group, which they have done with a lot of quality, and it's sort of left the rest of us fighting to secure second place.

“Obviously the Czech Republic game was a massive boost but we have to go out there solely focused on getting a result.

“I think that’s the best thing about this situation – it’s still in our own hands.”

More than 2000 Northern Ireland fans have travelled to Oslo for the match and Davis only has praise for their support.

“The fans have been magnificent for us. They’ve backed us all the way and they’re coming out here in their numbers again so hopefully we can send them home happy and make it another memorable night.”