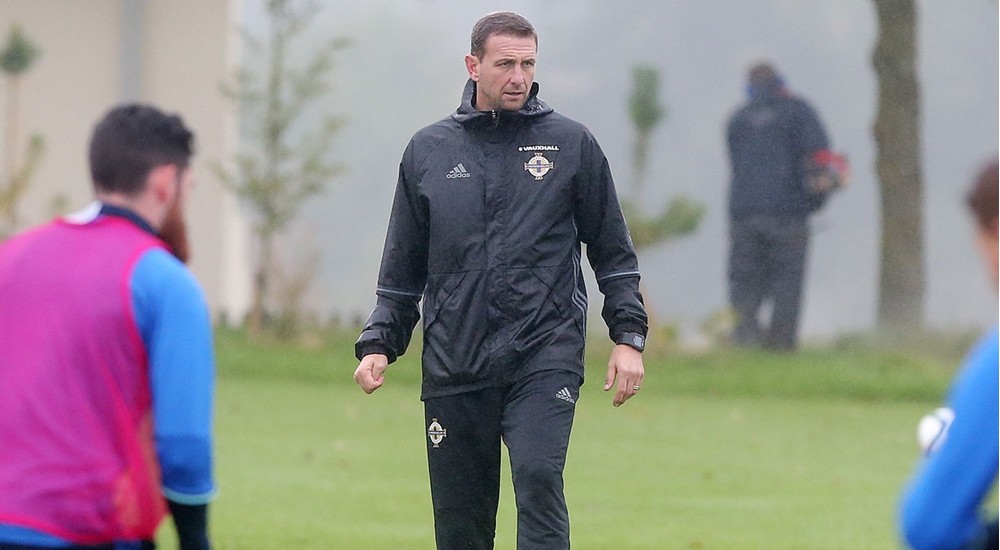 Northern Ireland Under 21s will be looking to get back to the form that saw them win their opening two matches of the qualifying campaign as they welcome Estonia to Mourneview Park tomorrow night.

Ian Baraclough’s side beat both Estonia and Albania in spectacular fashion with captain Liam Donnelly scoring match-winning penalties in the dying seconds of both fixtures.

The young side then tasted their first defeat of the campaign as they fell to a 1-0 loss away to Slovakia last month, but have since spent some time in Jersey where they had a friendly match and training camp in preparation for their qualifier. Baraclough has used the preparation time well and is expecting a tough battle tomorrow evening.

He said: “Our qualifier is at the back-end of the international window which is why we took the match and training camp in Jersey which was excellent preparation for us. We’ve had a few days to get our head around this one.

“Estonia will be a tough physical battle for us. They’ll be very tight and keep very compact and the onus may be on us to try and break them down which was another reason for taking the Jersey game. It will be a different way of playing than what we had against Slovakia who had a fair bit of possession.”

Northern Ireland will be looking to rack up as many points as they can early in the campaign as they have yet to face group heavyweights Spain, who they meet in March of next year.

They can actually go top of the group with a win tomorrow night, should group heavyweights Spain beat Slovakia.

“In any home game we will be aiming to get the three points. We managed to beat Estonia 2-1 in a close game and we’d love to replicate that.

“We don’t know how they’re going to travel or set up away from home, but all the games we’ve watched so far they’ve played very similar. So hopefully we can have a couple of ideas on how to breach them and get a positive result to take us into the game in November.

“There’s no good going into a game expecting not to win and if we can come out of it with a win we could definitely go into November heading the group.”