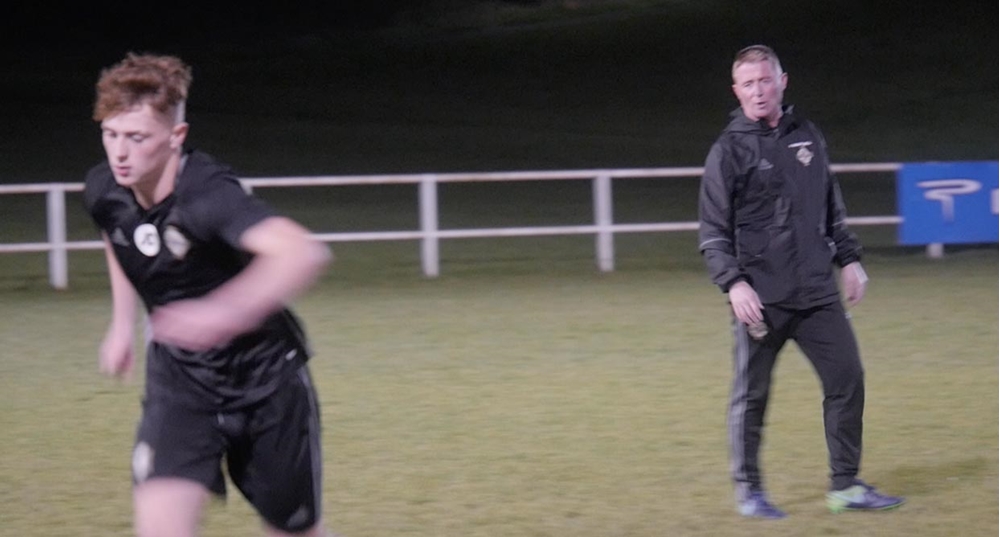 Elite Performance Coach Darren Murphy has said his Under-16 side have a big opportunity to open doors for themselves if they can perform in the Victory Shield next week.

Murphy's side have a tough test in their opening fixture against last year's winners Republic of Ireland on Monday at the Bangor Fuels Arena (KO 3PM).

He said: "The Republic are very strong. They've done a lot of work over the last 12-18 months and last year they were the best side in the tournament and deserved to win it.

"They will want to reclaim their title but being at home I like to think we will be able to give them a game."

Several squad members have recently been called up to play in the Under-17 Northern Ireland team in Malta on the same week as the Victory Shield meaning the squad is missing a few key players.

Darren said: "It's fantastic for the players that have been called up to play in the Under-17 European Championship for Northern Ireland.

"Yes as a manager you're disappointed you're losing some players with it falling on the same week as the Victory Shield but I am delighted for them. Let's hope both sides can get a win."

You can see more from Darren Murphy's interview in the video at the top of the page.

The Under-16's will play Republic of Ireland, Scotland and Wales and you can find all the times, dates and venues of the games by CLICKING HERE.