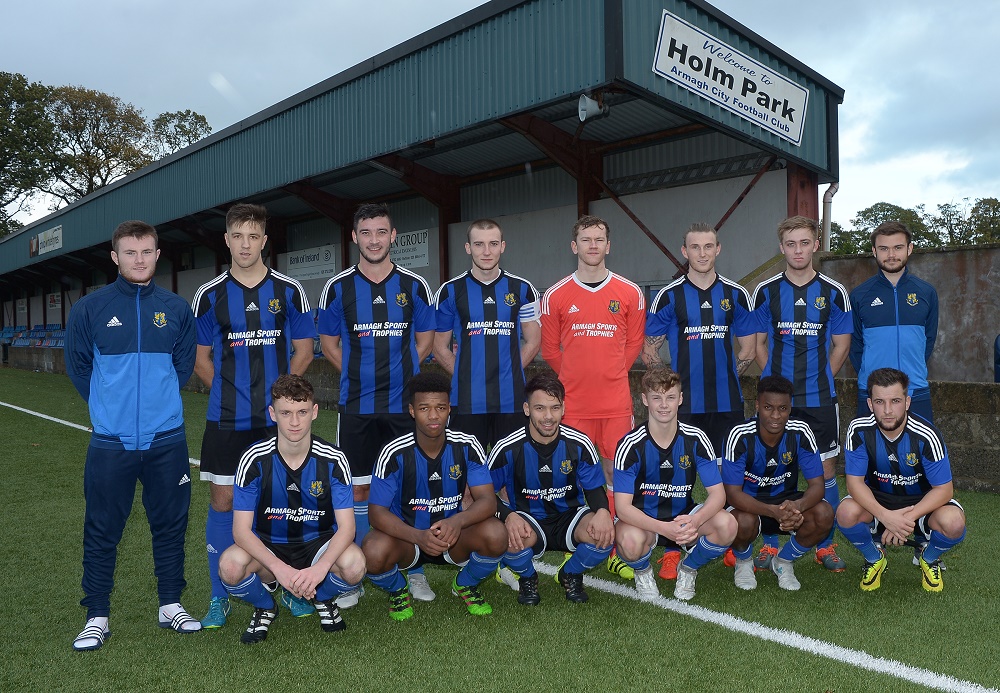 Despite the visitors dominating the opening exchanges Armagh moved ahead as early as the fifth minute when Michael O'Hehir made no mistake from close range giving 'keeper Tony Galbraith no chance after the ball fell for him from a counter attack.

O'Hehir might have added a second soon after following some nifty foot work but on this occasion Galbraith did well to tip the ball over.

However, the Eagles did extend their lead on 13 minutes when Nedas Maciulaitis tapped home at the back post after Jack Clarke's initial effort had been well saved.

Clarke, later named 'man of the match' went one better early in the second half to effectively seal victory for City with a blistering shot from the edge of the area after connecting with a well delivered pass from Padraig Judge.

To their credit, 1st Bangor continued to press forward and almost got their reward on 67 minutes when former Glentoran striker Matthew Burrows struck a shot that hit the base of the near post and rolled along the goal line, hit the base of the far post before being cleared off the line.

But they eventually found the net soon after when Jordan Dalzell showed a great first touch before producing a powerful shot from inside the 18-yard box to beat 'keeper Daniel Devine.

And they almost grabbed a second goal on 78 minutes when Burrows turned and unleashed a shot but, unfortunately, the ball just sailed over the crossbar.