Lavery and Thompson called up to Central America tour 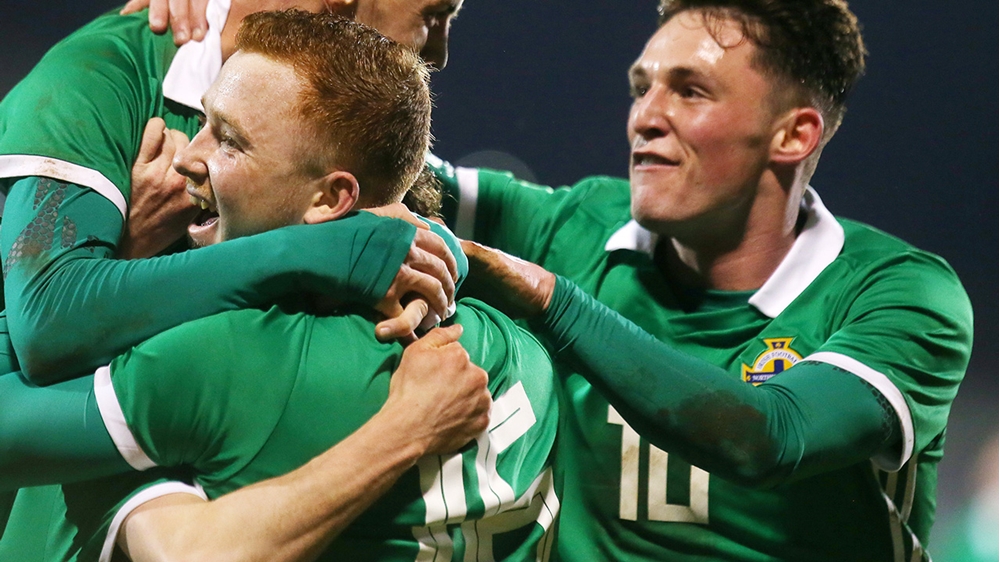 Everton striker Shayne Lavery and midfielder Jordan Thompson have been called up to the Northern Ireland senior men’s international squad for the summer tour to Panama and Costa Rica.

They replace Cameron McGeehan, who misses the trip with an ankle injury, and Ollie Norwood, who is involved in a play-off with his club Fulham at the weekend.

Having scored against Spain for Northern Ireland U21s, 19-year old Lavery was included in Michael O’Neill’s panel for the friendly against South Korea in March. He was an unused substitute as Northern Ireland won 2-1 at the National Football Stadium at Windsor Park.

Thompson who is 21, spent the second half of this season on loan at Livingston from Rangers. On Sunday he helped the West Lothian club to promotion to the SPFL, starting the play-off match (second leg) against Inverness Caledonian Thistle.

Northern Ireland will travel to Central America on Saturday and play Panama in Panama City on Tuesday 29 May before taking on Costa Rica on Sunday 3 June in San Jose.

You can see the full squad listed below: