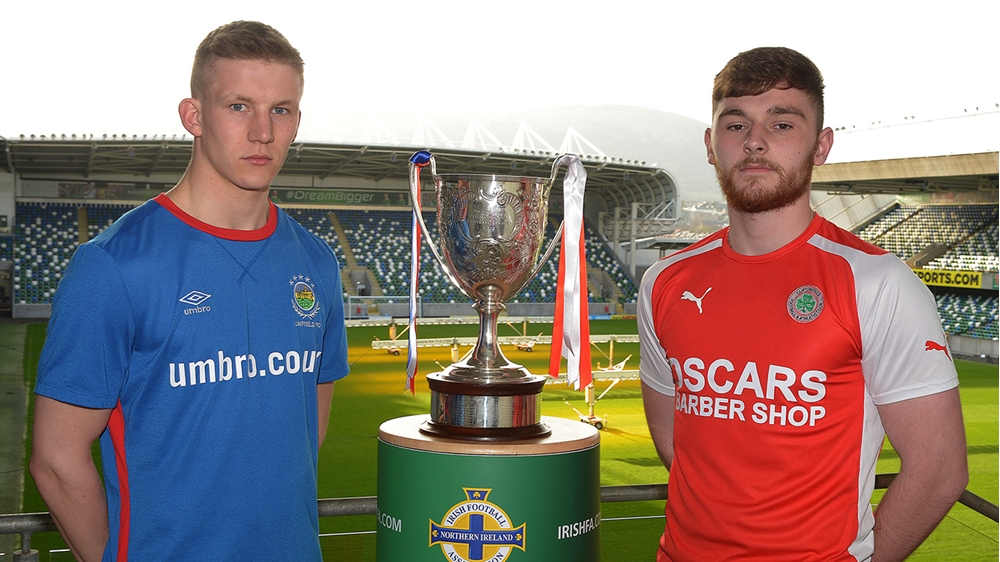 Linfield Rangers are chasing back-to-back Harry Cavan Youth Cup victories when they face Cliftonville Strollers in the 2017/18 final on Monday at the National Football Stadium at Windsor Park (kick-off 7:45pm).

Rangers last tasted defeat in the competition back in January 2016, and even then they only lost on penalties. Since then the Blues have gone on to exert dominance over their peers, lifting the trophy in style for the 16th time last season and blazing a trail to this season's decider with victories over Coleraine, Ballinamallard United, Ards and Aquinas.

Adam Carroll bagged two goals in last season's final, and it was his late winner against the Bannsiders in the last four this term that booked a return trip for the holders. The 16-year-old has also broken into the senior panel, appearing as an unused substitute late last month as did team-mate Caomhan McGuinness.

Standing in Linfield's way are a Cliftonville Strollers side that have bagged a remarkable 23 goals enroute to Monday's decider, with six of those coming in the semi-final victory over Glenavon at Seaview back in February.

Eoin Teggart opened the scoring on 19 minutes with John Savage doubling the Strollers’ advantage on the stroke of half-time.

Goals from Ciaran Donnelly and Caoimhin McConnell early in the second half put the game to bed, but both McConnell and Teggart struck later on to double their tallies for the evening.

Prior to that the high scoring Strollers hit a dozen against Ardstraw in the last eight, with neighbours Crusaders and Ballymena United, after penalties, succumbing in the earlier rounds.

Admission to the final is £4 adults/£2 concessions.