Single goal is enough for Donaghadee school in tournament decider 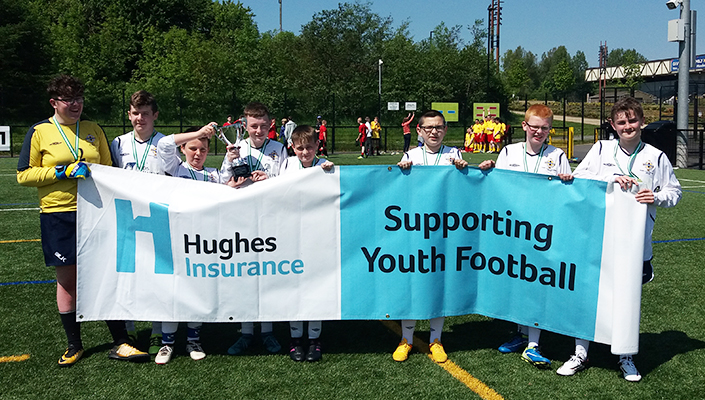 Killard House School were this year’s winners of the Hughes Insurance National Games for schools catering for moderate learning difficulties.

In a closely fought final at the Valley Leisure Centre in Newtownabbey, the Donaghadee school defeated west Belfast side St Gerard’s.

After a competitive group stage it was down to four schools to contest the semi-finals, the third and fourth place play-off and the final.

In the first semi-final Killard comfortably defeated another Belfast school, Park Education and Resource Centre from the south of the city, by four goals to nil.

St Gerard’s had a much tougher encounter, edging past Cedar Lodge from north Belfast by two goals to one. Cedar Lodge then claimed third place overall by beating Park 4-0 in the play-off.

The final, which was watched by all competing schools, was a tight affair with both schools creating numerous chances.

It was the Co Down school who scored the decisive goal. A well struck long range free-kick deceived the St Gerard’s goalkeeper and the ball whizzed into the net, giving Killard a lead that would be good enough for victory.

He said: “It was a great event with lots of goals. The best two teams made the final and it could have gone either way. It took a great strike to separate the sides and I’d just like to congratulate all the schools who competed.

“It was great to have the support of Hughes Insurance for the first time at this event. They are doing a lot for grassroots football in Northern Ireland and it’s great that they are now helping in special education competitions.”