Day 1 in Panama on the Central America Tour 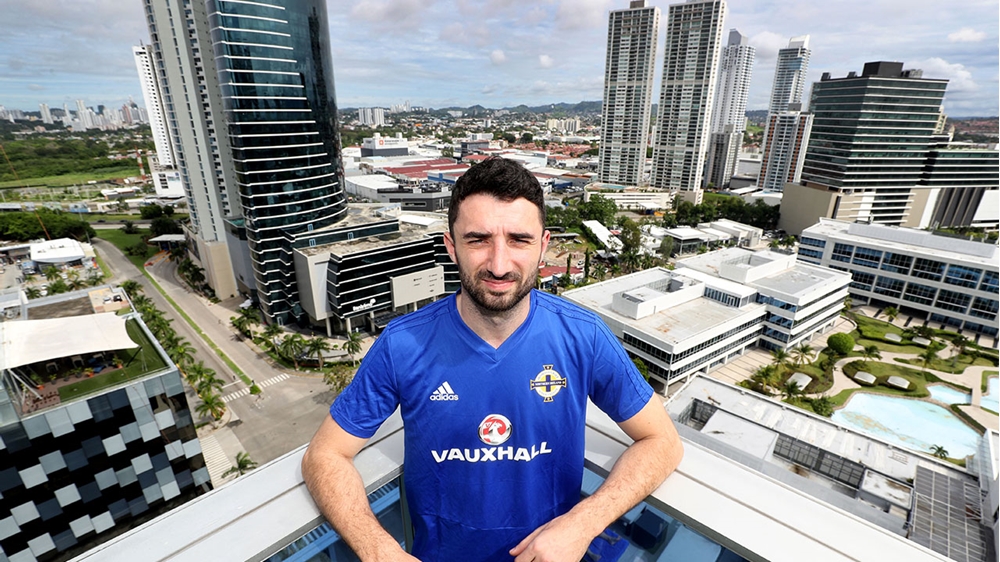 Conor McLaughlin sets his sights on two good results against Panama and Costa Rica that he feels the travelling fans deserve.

The whole squad have praised the travelling support for the upcoming matches on Sunday and Tuesday.

Conor said: "They are unbelievable. All the lads appreciate the support and them coming out here so hopefully we can put on a good performance and get some good results for them."

Conor was also particularly pleased to have his brother Ryan called up to the squad last week.

He said: "It's brilliant. Obviously he hasn't been in the squad for the last couple of months so it's great for him and hopefully he can take his chance and show what he can do."

With several other younger members of the squad getting call-ups, Conor believes it's a fantastic opportunity for them to be on the tour.

He said: "It's great for all the younger players to be out here and I'm sure the more experienced players will help them if they get game time.

"They're coming away with some Premier League players so it's a great chance to learn from them."

You can watch an interview with Conor and see how some of the other players have been enjoying day one in Panama by clicking the video at the top of the page.