Defender stays with Premier League side for at least another year 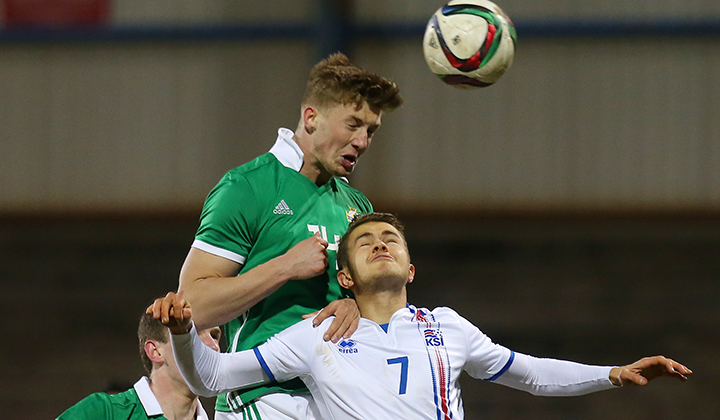 Premier League outfit Brighton & Hove Albion have taken up the option to extend the contract of Northern Ireland under-21 international Ben Hall.

The Enniskillen-born central defender, whose initial deal expires next month, attributes the offer of a new one–year contract at the Amex Stadium to his current six-month loan stint at League Two side Notts County.

“Getting game time at Notts County over the past few months has definitely helped me earn another deal at Brighton,” admitted the 21 year-old.

“At my age I need as much first-team experience as possible to help me progress as there is a big difference physically between playing League Two football week in and week out to turning out for the under-23’s.

“Brighton have also been terrific,” he added. “They have kept in touch with me to see how I have been progressing and have also given me plenty of feedback and advice.

“Now the plan is to go out on-loan again next term and try and get a full season of 30/40 games under my belt.”

Hall could even end this campaign with a trip to Wembley if the Magpies beat Coventry City in the second-leg of the play-off semi-final this coming Friday.

“That would be unreal to end the season with a first-ever trip to Wembley.”

The former Motherwell player has also turned out for Ian Baraclough’s under-21 side this term winning three caps and he has naturally got ambitions to eventually break into the senior set-up.

“I love playing international football and the standard of the under-21’s has certainly improved since Ian Baraclough took over.

“There is a lot more continuity and consistency amongst the squad and the experience of playing the likes of Spain recently has been amazing.

“Like any other player though my main ambition is to one-day force my way into Michael O’Neill’s senior side.”

Hall’s agent, Lee Mudd, is naturally delighted with his client’s progress over the course of the season.

Mudd stated: “Ben is a prime example of how important it is to get out on-loan and gain first-team experience.

“He has thrived under the pressure of a Saturday afternoon kick off where there’s something at stake, and he has rightly been rewarded with a new deal.”