Baraclough to put Northern Ireland U21 development squad through their paces 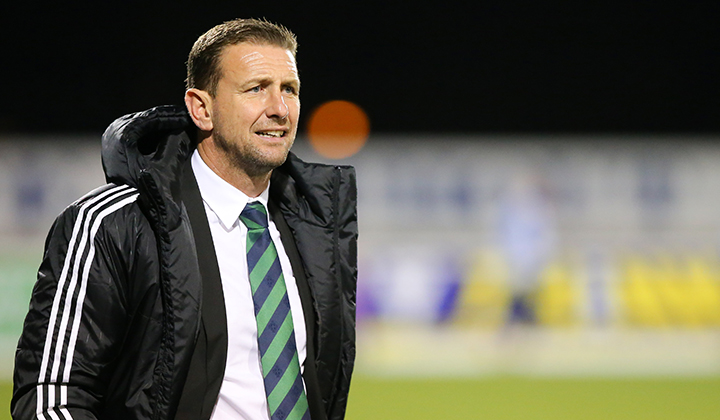 The four-day camp, which gets under way tomorrow (18 May), will provide the U21 manager with an opportunity to take a closer look at players largely aged 19 and below who have the potential to play for his side over the next couple of years.

Baraclough’s current U21 panel contains a handful of players who ply their trade in Northern Ireland, including the likes of Crusaders star Gavin Whyte and Glenavon’s Mark Sykes, and the squad for the training camp is heavily weighted towards Northern Ireland Football League players.

“The players involved in the camp are mostly aged 19 and below. Most are players I am not familiar with, so this will be an opportunity for me to have a look at them, to take a closer look at players who have the potential to step up from the U19s to the U21s,” the manager explained.

He further pointed out the camp is aimed at showing locally-based players that they don’t have to be with a club in Britain or beyond to play internationally for Northern Ireland at under-21 level.

The U21s boss will be joined by U17s and U19s boss Stephen Frail at the various coaching sessions, while Northern Ireland and Linfield keeper Roy Carroll will be the goalkeeping coach over the four days.

Sheffield United forward David Parkhouse was also due to attend but looks likely to miss out due to illness, while Caolan Marron (Glenavon), Shea Gordon (Motherwell), Eoin Toal (Derry City), Matthew Kirk (Coleraine), Ryan Strain (Linfield) and Niall Owens (Ballinamallard United) have had to withdraw from the squad for various reasons.

Long-serving U21 player Cameron Dummigan (Oldham Athletic) will also be there as he battles his way back to fitness following a groin injury.

The training squad will be based at Seaview for three days and Greenmount, near Antrim, for one day.