New surface based on Real Madrid and Bournemouth pitches 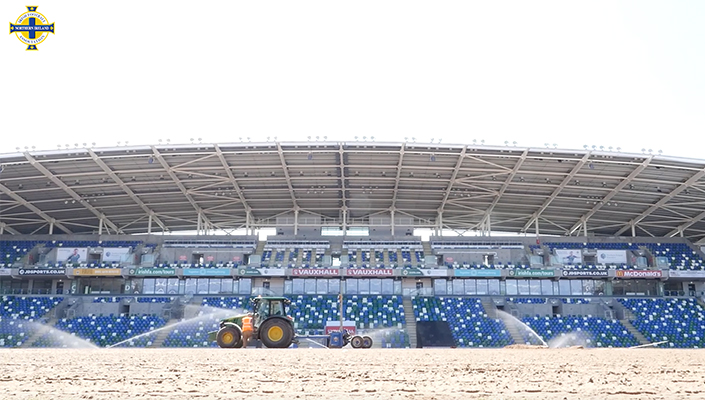 A new pitch is currently being laid at the National Football Stadium at Windsor Park.

The work is now into the beginning of its third week with the first two weeks consisting of removing the old surface and levelling the pitch ready to install a carpet which will be laid before grass seed is placed down.

David Boyd, Head of Stadium Operations, took us through the process. He explained: "The world of stadiums is moving on, especially the scientific aspect. Bournemouth Football Club are using it every day to train on and so are Real Madrid.

"Week one was about scrapping off the old surface, and now introducing a carpet. That carpet has fibres in it and that will form 7% of the coverage of the pitch.

"On top of the carpet we will lay 50 tonnes of sand. That will go through a process of bringing up the fibres. Grass seed will be applied next week and by the beginning of July we hope to have full growth."

To hear more about the pitch, and to see the work going on, watch the video above.