Fermanagh side prove too strong for Greenisland in decider 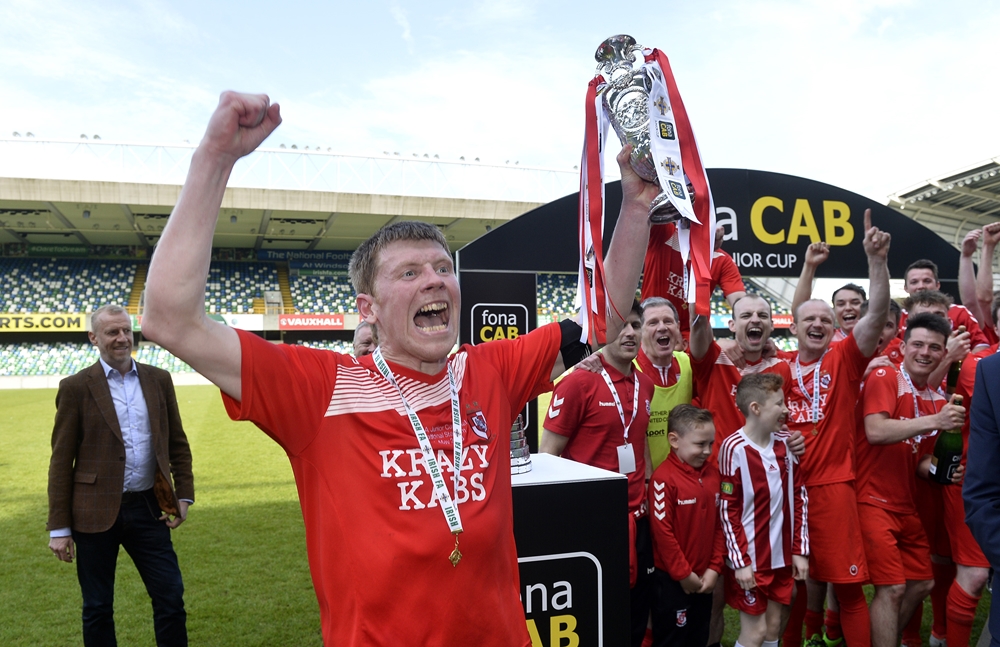 The Fermanagh and Western League side ran out deserved 2-0 winners in the final staged at the National Football Stadium at Windsor Park this afternoon.

Greenisland, who ply their trade in Amateur League 2A, started brightly and were unlucky not to take the lead as early as the fifth minute. Matthew Sinclair produced a neat flick-on to Darren Bell and his lofted effort left Rangers keeper Jerome Carleton stranded but cannoned back off the bar.

The holders, featuring eight of the players who started last year’s final, quickly grew into it and Rangers captain William Burleigh scooped a shot wide when well placed.

In the 17thminute Christopher Currie slipped the ball to Rangers wide man Mark Cutler but he shot straight at the keeper.

Cutler was involved again three minutes later when Michael Kerr’s side opened the scoring. He played centre forward Jason Keenan through on the edge of the box but just as he was about to pull the trigger he was upended by Greenisland left back Gary Bell and referee Jason Gillespie immediately pointed to the spot.

Jason Keenan, who has scored 25 goals for the Fermanagh side this season, stepped up to take the penalty and slammed it into the corner of the net to make it 1-0.

Rangers had the bulk of the possession for the remainder of the half, however neither side created any clear-cut chances in front of the 853 spectators.s

The holders grabbed their second goal on 57 minutes. The tricky Christopher Currie collected a loose ball out wide, bamboozled a couple of Greenisland players and whipped in a lovely cross which man of the match Jason Keenan headed over the advancing keeper into the net. It was a sweet finish.

Rangers largely controlled the game after that. Greenisland huffed and puffed at times but Rangers’ centre backs Neil Coulter and Richard Johnston were quick to snuff out any danger.

On 77 minutes Currie had a snapshot for the Fermanagh side which was easily collected by the keeper.

Rangers substitute Andrew Johnston, who scored in last year’s decider, scooped a shot onto the top of the net in the 87thminute and that was the last meaningful action of the game.

You can watch highlights from the match and interviews with Enniskillen's manager and goalscorer by clicking the video at the top of the page.

You can see a gallery of images from the match below. 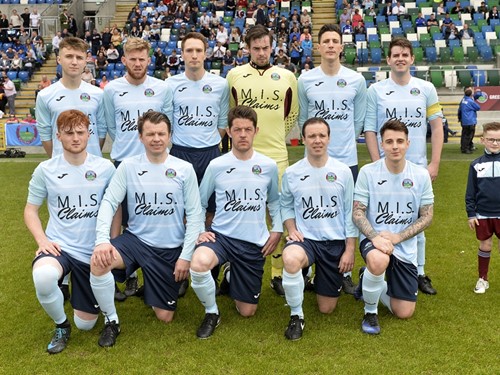 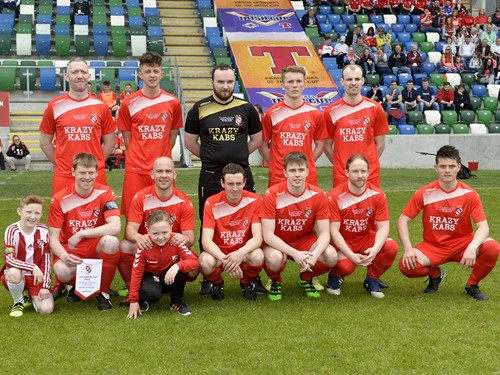 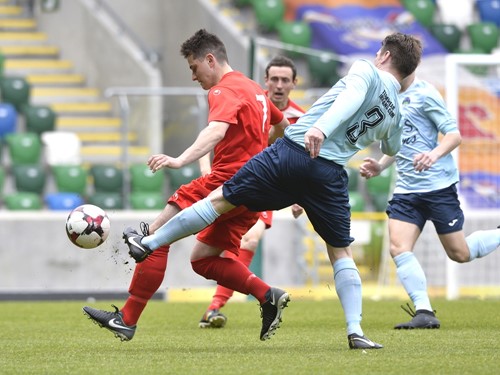 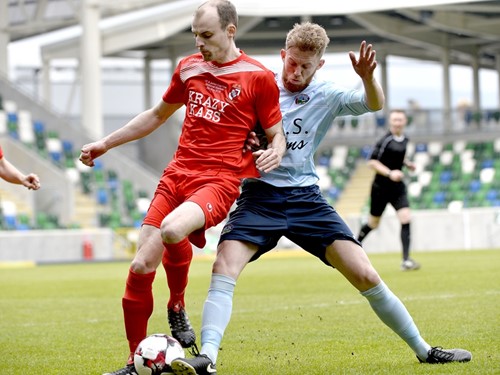 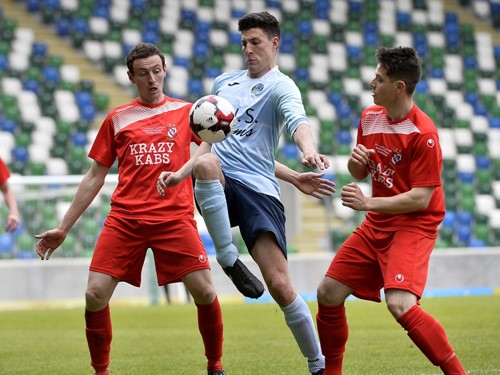 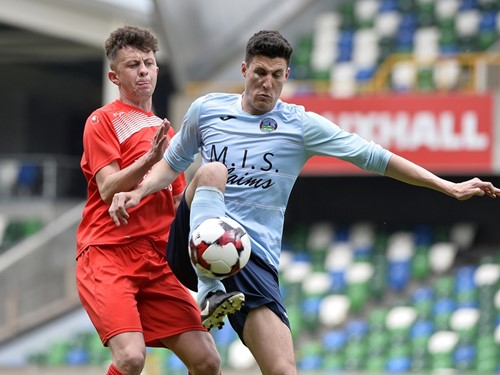 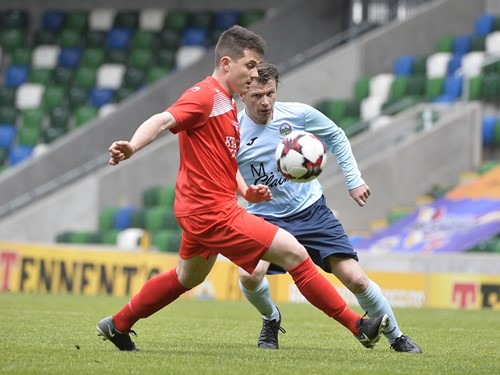 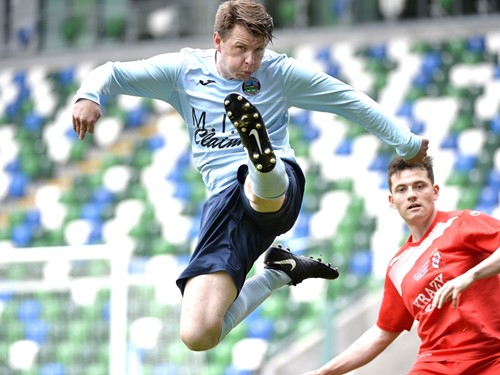 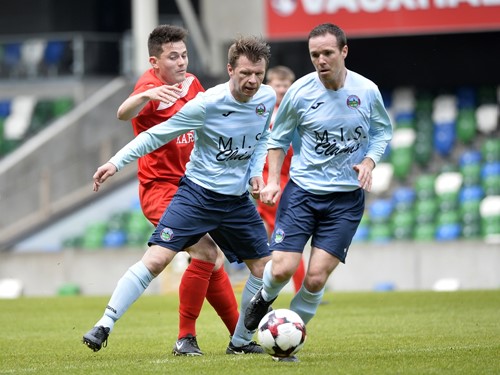 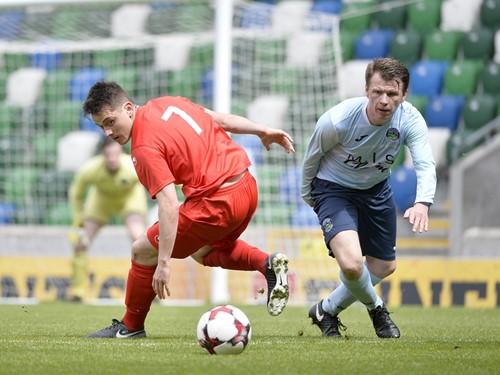 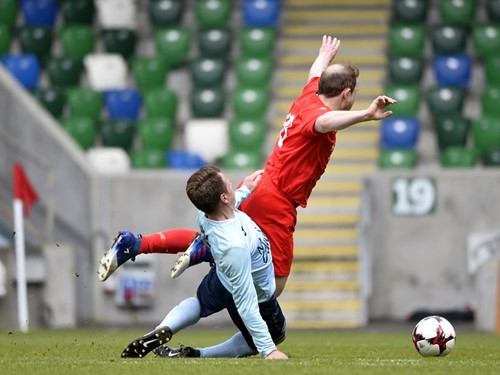 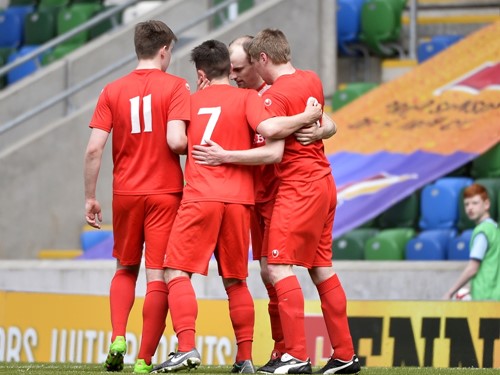 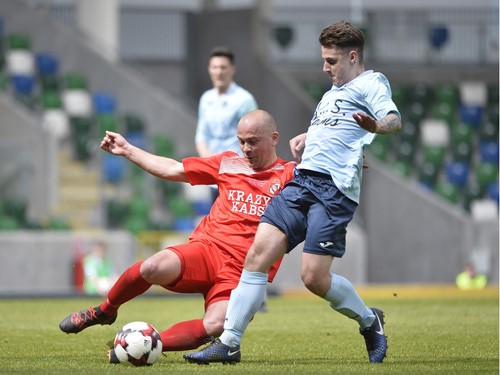 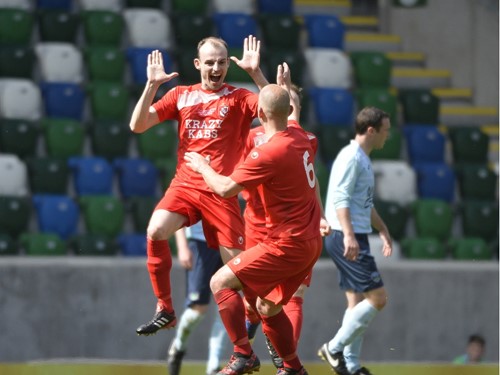 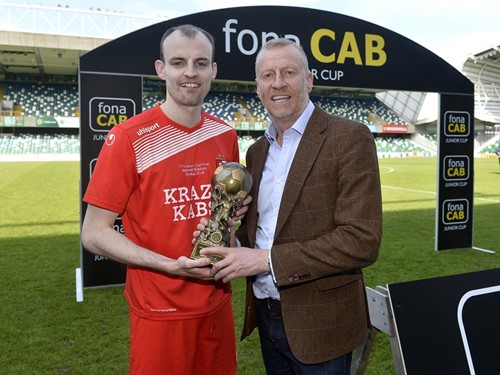 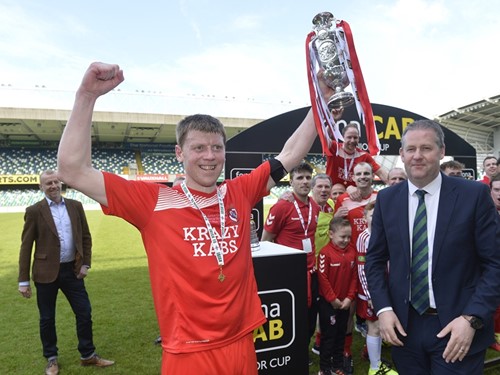 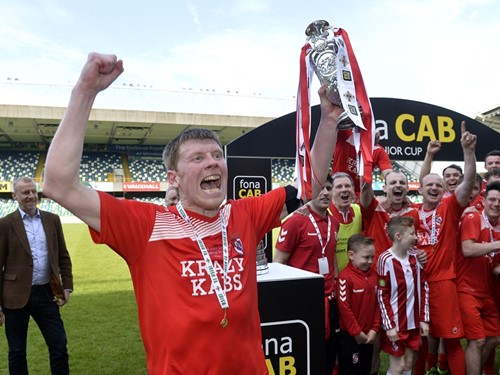 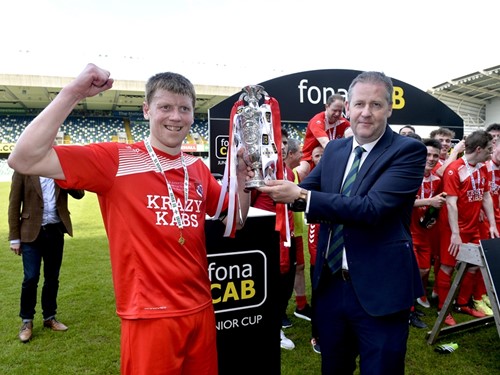 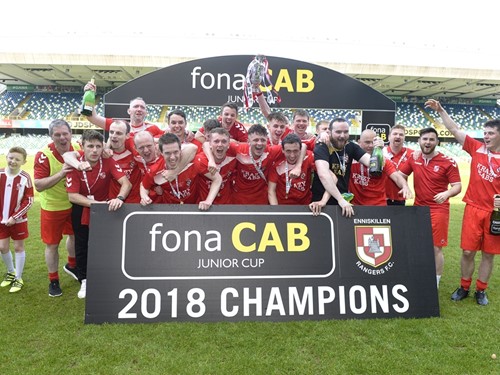 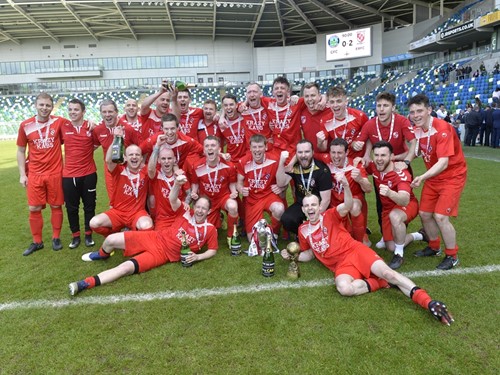 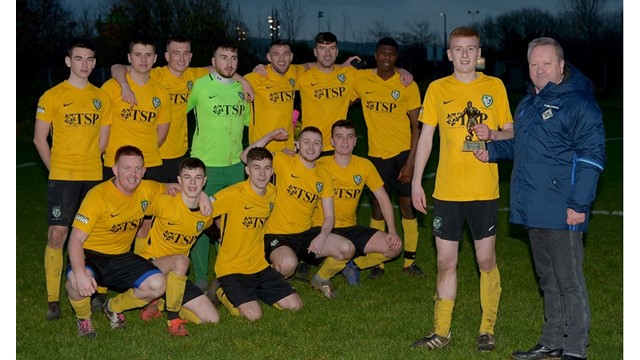 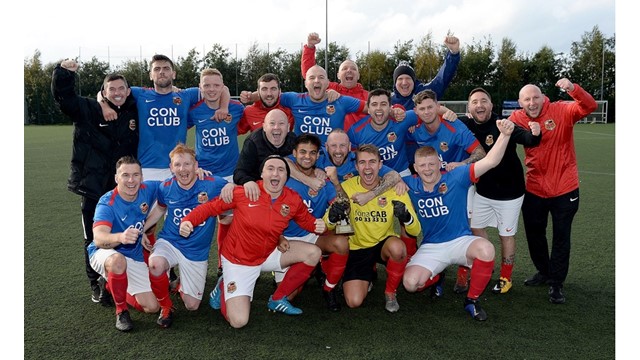